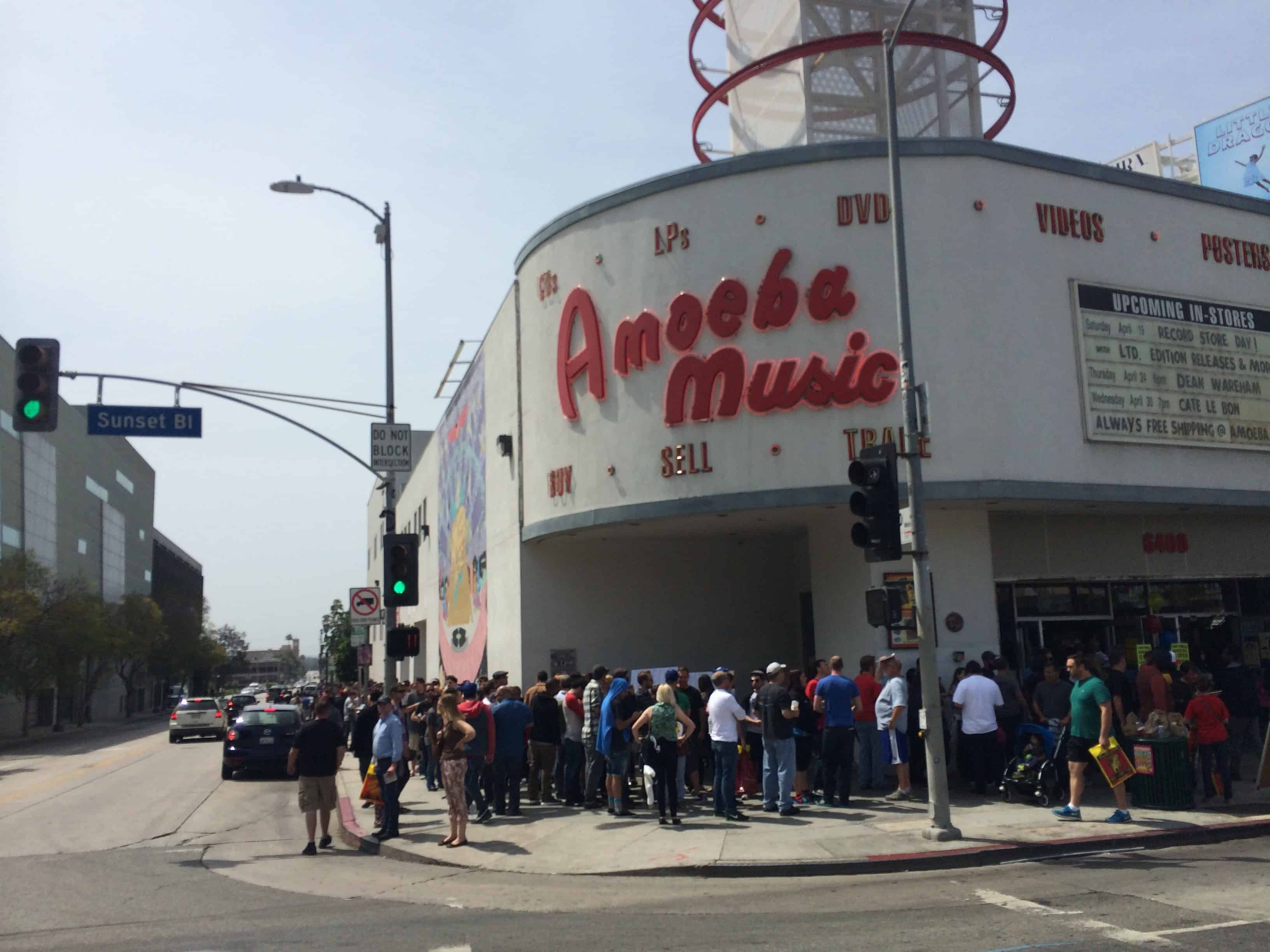 Story and Photos by Matt Bates

Stopping in at the iconic Amoeba Music on Sunset Boulevard in Hollywood is no easy feat on a run of the mill Tuesday, let alone on Record Store Day. Record Store Day is the one time a year where artist’s put out limited releases that can only be purchased at independent record stores—and most of these releases are on vinyl. Imagine that?

Since it’s inception in 2008, Record Store Day has grown exponentially. The line at Amoeba Records circles around the corner and down the street, and formed in the early hours of the morning—with some fans camping out as early as 7pm the night prior. “I’ve been here since 2 a.m. and I am 38th in line,” admitted one vinyl fiend. “I just hope I can get everything I want,” she said before quickly running back to her spot in line

Located in the heart of Los Angeles, Amoeba Music caters to a never ending supply of music buffs and vinyl freaks while creating a culture that stands the test of time against the big box chain music stores. They do this by inviting iconic artists to take the stage—artist such as Elvis Costello, Slash and Sir Paul McCartney and by creating a sense of community; they are more than the typical retail store.

“Big chains went under because they lost track of core customers and grew too big and expected to make a certain amount of profit,” said Amoeba’s co-owner Marc Weinstein in an interview with The Wrap’s Amy Kaufman. “Virgins were almost like banks or something. They didn’t showcase the product, and it was always just so sterile. We don’t have a real corporate hierarchy. People really get the passion for music when they come in the store.

Amoeba Music is truly one of a kind. Their Hollywood location is third in the brand’s armada and has quickly become a landmark on the Sunset Strip since opening in late 2001. With music in various formats, band merchandise, DVD’s, Blu-Rays, video games and record players, Amoeba has more music than anyone can imagine. “If this is your first trip to Amoeba, you’re in for a treat,” said another vinyl head upon learning I was new to town.

Having participated in every Record Store Day since 2009 on the east coast this writer is used to the routine. Expect to park a mile away and lines are inevitable. Amoeba’s line however, is out of control with three to four hour wait times; but free coffee and donuts brought to you by their music-loving staff and great music conversation will keep your mind off the absurdity of the current situation. Quite possibly the most organized chaos seen outside of an Apple product launch…and it’s all for the love of the music.

For more information check out: http://www.amoeba.com 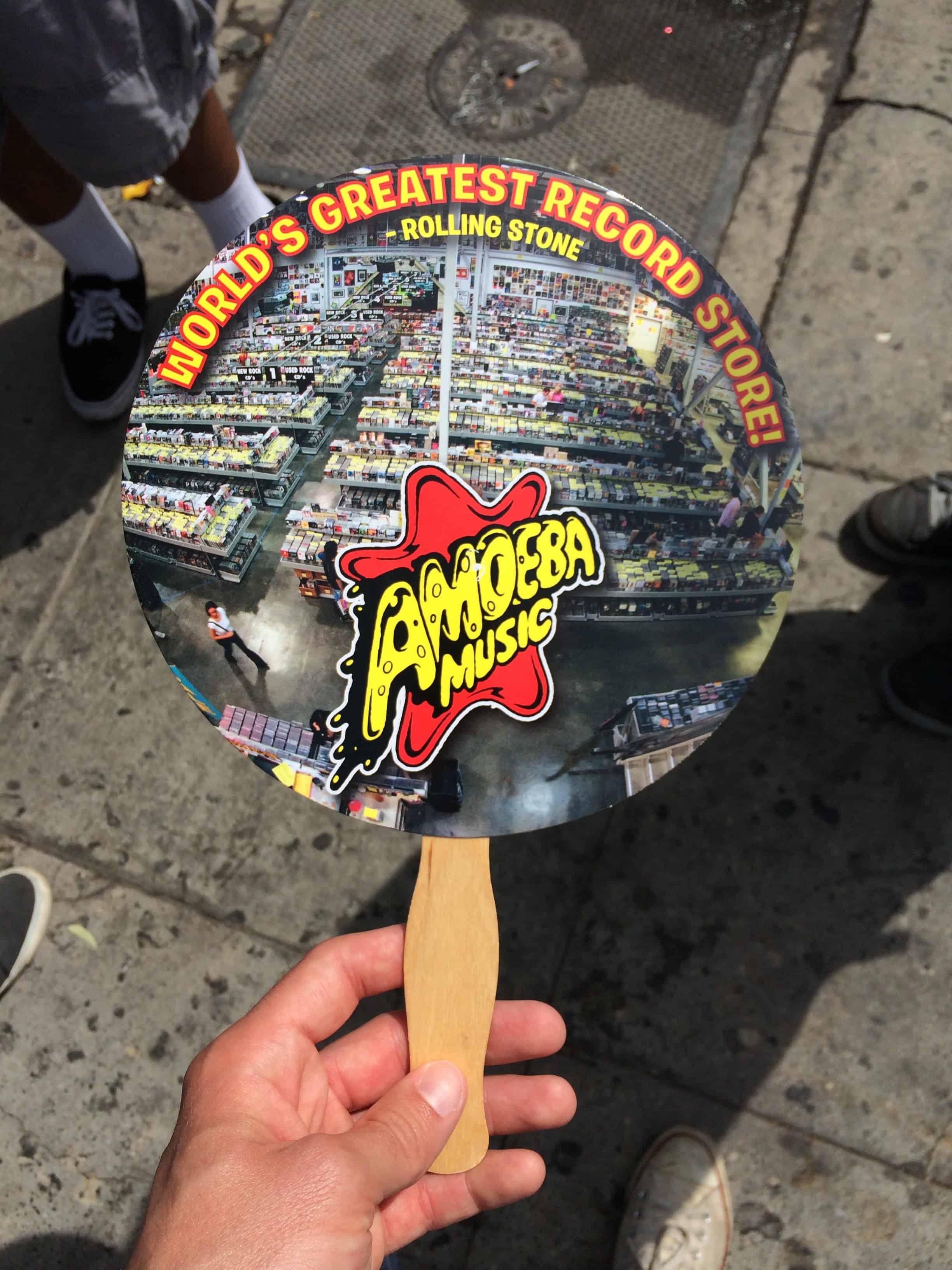