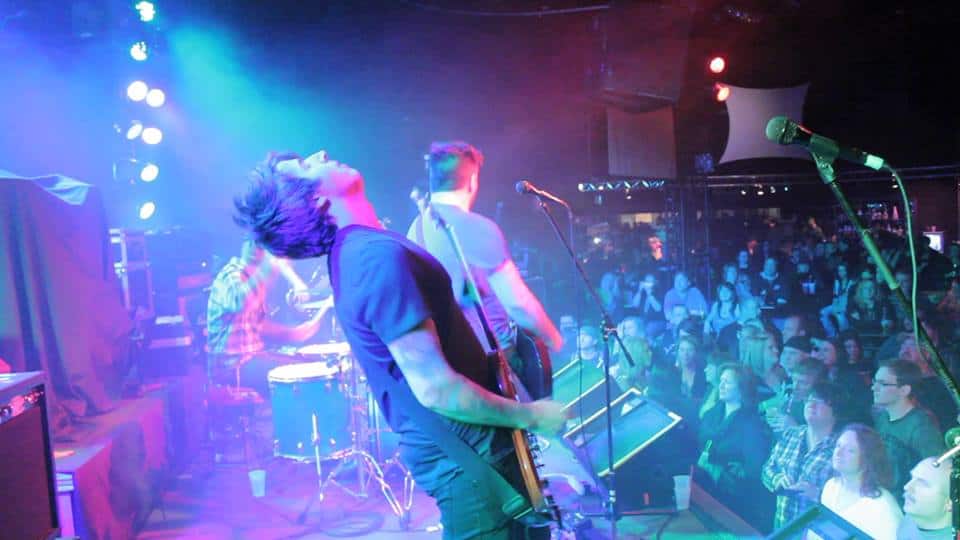 “Forget It” expresses the pain of incidental slights that, over the course of a relationship can grow into grudges. Lyrics like, “Won’t you please forget, I’ve been waiting all of these years” are made more heart wrenching by guitar solos that emphasize the slow creep of pain that can drive a couple apart. It opens with the melodic sounds of an acoustic guitar then shifts up to electric with the accompaniment of the full band.

“Uncle Sam” one of the shortest tracks on the EP asks the same questions many Americans have; “Come fight!  For what?” but in a more lyrical and poignant manner than most of us can employ.

“Come Find Me” is another fine showcase for lead singer Tuthill’s gravely alto in this tale of two souls trying to connect with each other.  Again, the band effectively uses the instrumental solos not just to showcase their talents but also to add gravity to the story the song tells.

With Acid, VIA delivers a perfect, hard-hitting EP and gives voice to the everyday angst of existence. With the songs, “Acid” and “Closets”—the song with the most verve—probably the most marketable of the bunch.

The band was amongst the top 5 bands in the nation for 2013 RockStar’s Uproar Festival and has accomplished a great deal in four short months. To quote from their website, “Blowing up is inevitable. Best get on their wagon sooner than later.”