Into It. Over It. & Owls at the Roxy Theatre 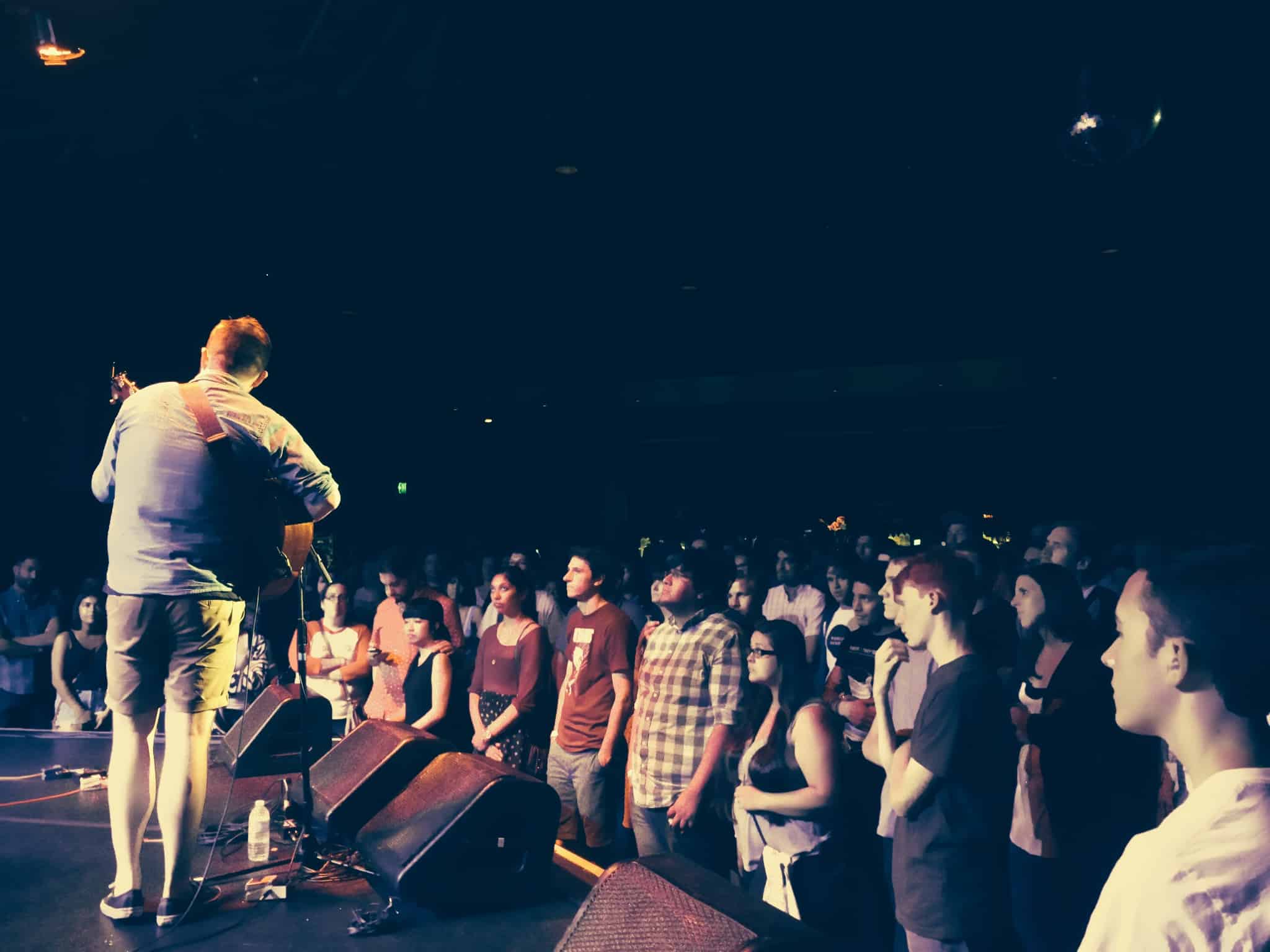 Into It. Over It. Welcome to the one-man show. Catch him slinging his vinyl records, hoodies and t-shirts at his merch stand then transition to social butterfly before hitting the stage to put on a flawless performance of emotional rock songs to which everyone can relate. Is this person a superhero you ask? No. This person is Evan Weiss of Into It. Over It., and Weiss has a long history of performing that dates way back to his high school years in Cherry Hill, NJ. Into It. Over It. has played as a full band but these days primarily tours as solo act.

Tonight Into It. Over It. is solo and Weiss is preparing for the crowd at the iconic Roxy on the Sunset Strip. As the curtain rises Weiss cracks a joke about how he thought it was going to open sideways; before ripping into the intro riff from the title track “New North-Side Air”off the new album Intersections. It’s Weiss’emotion and honesty that make his live shows so damn compelling. There’s an electricity to Into It. Over It. and Weiss commands every lyric, drawing his audience in. When the chorus hits you can’t help but get involved chanting and belting every unforgettable melody. Weiss has a magic about him that allows Into It. Over It. to bring its audience into the inner circle of participation.

After the show, we were able to get a word with Weiss who gave us a loose update on a possible new EP or LP coming out with a member of fellow tour mates OWLS. “I can’t really say as of now because I don’t want any rumors to start but it will be cool,”Weiss said, smiling. Sounds like we should be on the look out…but we’re not here to start rumors either.

Check out the newest release Intersections by Into It. Over It. here: http://intoitoverit.com 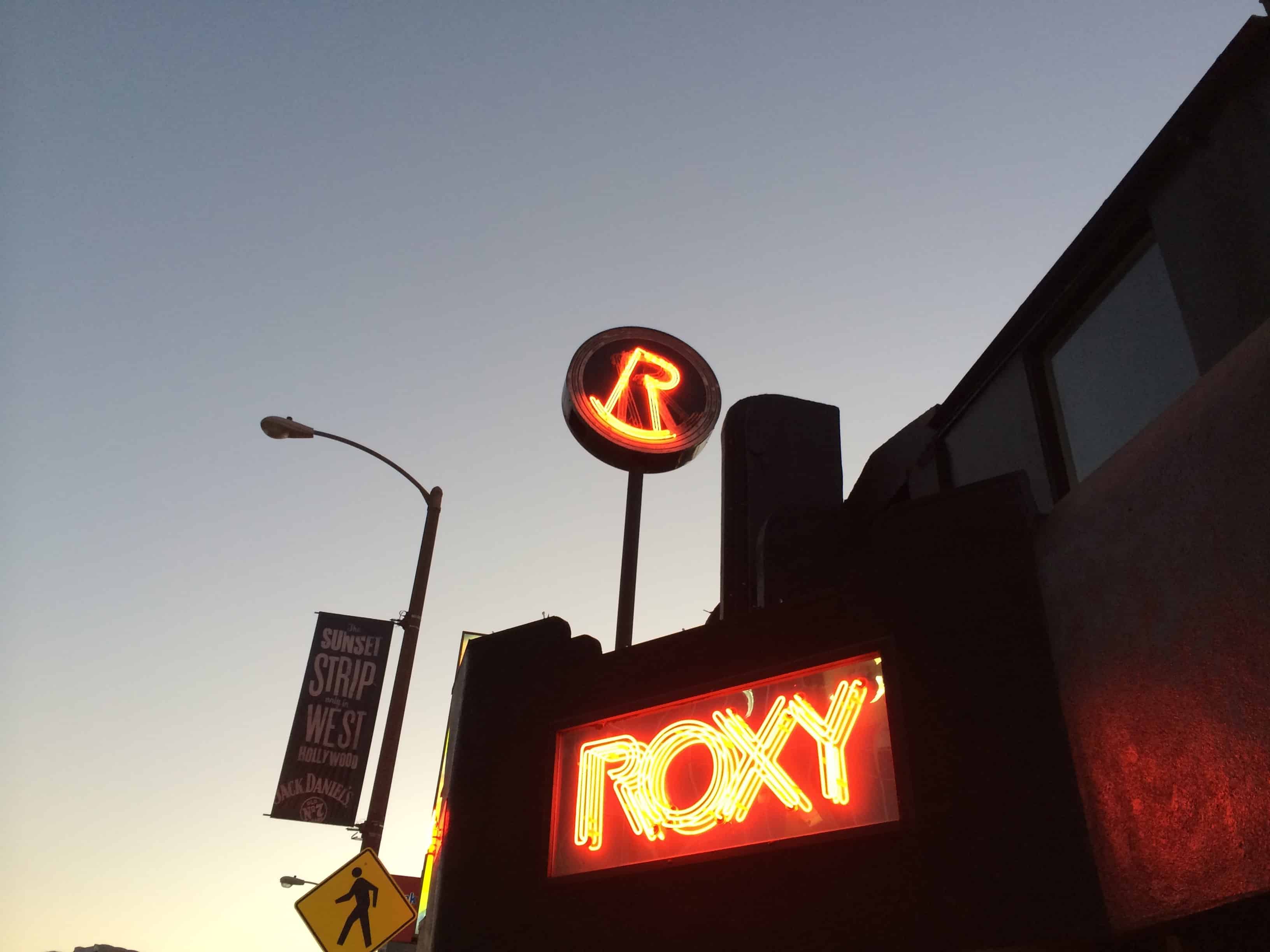 Owls: Some would say it is about time and way over due. We can all relax now, it’s finally here and fans could not be more excited. Owls have released their sophomore album ‘TWO’after a 13-year hiatus, through independently owned Polyvinyl Records. Back in action and touring the globe Owls is a super group of progressive, emo and pop rock royalty. Featuring Tim Kinsella, Mike Kinsella, Victor Villarreal and Sam Zurick from groups Cap’n Jazz, Joan of Arc, Owen, American Football and The Promise Ring, Owls second album marks a more defined, mature and confident sound.

An hour before the doors a line has already formed for the die hard fans who wish to claim their spot on the standing room only floor, and as they take the stage, the crowd goes ballistic. With a simple, soft spoken “It’s good to be back”from smiling singer Tim Kinsella the band breaks into their title track from TWO “Four Works of Art”—a slow-paced, riff driven rocker that allows the band to groove and fans time to watch Owls musicianship. They flawlessly transition to their single from TWO “I’m Surprised”with Kinsella’s trademark eccentric vocal stylings. The club participates with Owls call and response choruses and metaphorical lyrics.

For the rest of the set Owls transition from one progressive emo track to another showing that their was no rust to shake off from their hiatus. They are as energetic and captivating as they were a decade ago…if not more. Check out Owls in a city near you this summer and pick up TWO as soon as humanly possible if you know what is good for you.

tagged with Into it. Over it., Matt Bates, Roxy on Sunset