Paws Off ~ Into The Blue 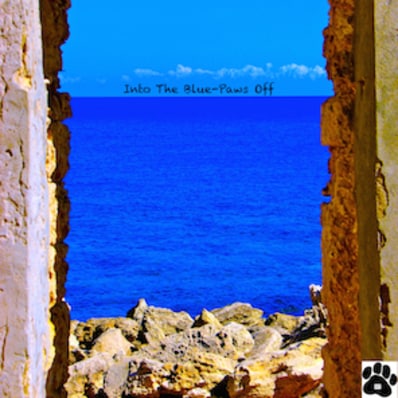 Question: We just ate a bunch of ecstasy, now what? Suggestion: Dance.

That’s right, let’s dance b**ch!  David Bowie would probably offer you the same advice, but we’re not talking about Bowie here…we’re talking about “Into the Blue” by Paws Off.But who are they?  And what of their name? It could be a verb, as in “keep your paws off.” It could be a bird.  It could be a plane or perhaps and more to the point, it’s a production company with a few computers handy.  Ahhhh!  Who knows?  Let’s just call it some groove-able trance music—and more on the alternate meanings of the band’s name later.

Into the Blue will make you dance, with or without designer drugs, and they’ve got an upbeat style of music similar to the likes of Lady Gaga, mid-80’s Bronkski Beat and Groove Armada. A quick piece of trivia for all of you non-techno kids: Groove Armada’s “History” from Black Light was so similar to Bronski Beat’s “Smalltown Boy” that singer Will Young admitted, “It’s the exact same chords.”

The musical mix of Paws Off blends trance, dance, 80’s/90’s electronic pop.  Let’s face it; beats like this can be made without any musical ability whatsoever. 1. Purchase music-recording software, 2. String a bunch of loops together, 3. Rinse and repeat. It’s a pretty simple formula and yet Paws Off gives this track and others the verve and punch it needs to stand out and groove.

Still need suggestions?  Go download the Paws Off catalog on iTunes OR paw off with your friends till the medicine kicks in and the sun goes down. Enjoy these tracks. They’re worth the listen.