Sons of the Sea: “Lady Black” 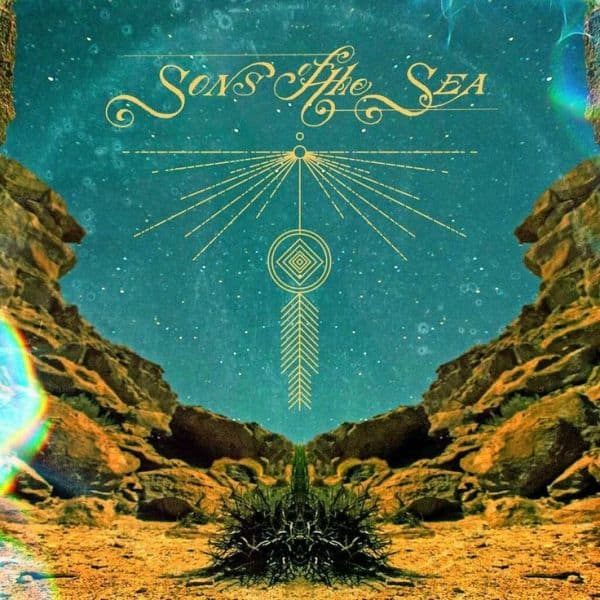 By Matt Bates
Album Art Courtesy of Sons of the Sea

Enjoying another warm, picturesque morning here on the sunny Gold Coast as the email notification goes off on my phone. Thankfully it’s not another spam email about today’s sales on whatever website that somehow got a hold of my address…this email lets me know that today is going to be a good day…that I’ll soon be speaking with the lead vocalist of Sons of the Sea—Brandon Boyd. Yes, that Brandon Boyd—the same lyricist and mesmerizing front man of the inspiring, multi-generational band Incubus.

The video, a steady-paced rock track—opens with our hero (Boyd) wandering through a gritty, washed out desert. Boyd staggers over dunes under a black veil and discovers a portal. Through it lies Lady Black—everything he’s been searching the universe for and more. When asked about her role Young stated, “I loved being the energy of Lady Black. The momentum really took on full throttle when everyone was in costume. It really felt like living on Mars.” The location, which is only a few hours from Los Angeles, gives the video an otherworldly feel.

Since his hiatus from musical ventures Boyd has been a busy man with his art projects. Luckily, we were able to catch up and get some information about Sons of the Sea and what we can expect in the near future:

M&M: Was Sons of the Sea something you had always been working on or was it something that evolved during hiatus from Incubus?

BB: Sons of the Sea was a pretty spontaneous reaction to Incubus taking an indefinite period of time off. There was a part of me that was excited about the chance to stay home and just surf and paint, but the reality was that after about two weeks I was being flooded with song ideas and needed a place to unload them. Brendan O’Brien (record producer to The Fray, Pearl Jam, AC/DC, Rage Against the Machine, Bruce Springsteen, etc.) happened to have a serendipitously timed period in between working on albums as well so we decided to finally make good on many years of threatening to write songs together.

M&M: Does Sons of the Sea have any festivals, concerts or shows booked soon where you’ll be performing?

BB: At the beginning of this year we played a handful of shows on the east and west coast and it was a blast. It was a really new and fun experience and the audiences that came out very much seemed to embrace the creative leaps that were being taken. I’d love to perform live with Sons of the Sea more, and in different places, but being an indie project has some serious logistical limitations. What I need is a sugar daddy or a “patron” of the arts to help finance a tour.

M&M: Where and when was the video filmed?

BB: We filmed it about two hours from LA at a very strange but very cool set that looks a lot like what I’d imagine a lunar base would resemble. A lunar base that was built by someone who used to deal drugs, that is. The second day was filmed at Dumont Dunes in California.

M&M: Was there any theme or vision you and the production team were aiming for and why?

BB: Brantley Gutierrez and I have made a bunch of videos together and as a result we usually don’t have much of an idea of what we’re going to do heading into our projects. We’ll have an idea or an outline, but then once we start that usually gets overshadowed by spontaneous magical interventions. This video was no different. The level of stunning beauty around us that day made it easy to make though, I have to say.

M&M: What is next for Brandon Boyd, Sons of the Sea or any of your art and music ventures?

BB: Getting myself ready for a couple of art shows in support of my newest book So The Echo; most likely in and around Europe. Incubuswill likely be writing for another offering soon and maybe Sons of the Sea will impress someone somewhere enough that they’ll invite us for a Yacht tour around the Mediterranean.

Do I smell a new Incubus album sooner than expected? It goes without saying the man is busy and driven with his artistic passions. Do yourself a favor check out the video, pick up the album and grab a copy of So the Echo. And if anyone knows a sugar daddy…excuse me…“patron” of the arts…send them Boyd’s way.