The Record Parlour: A Place to Purchase, Perform & Produce 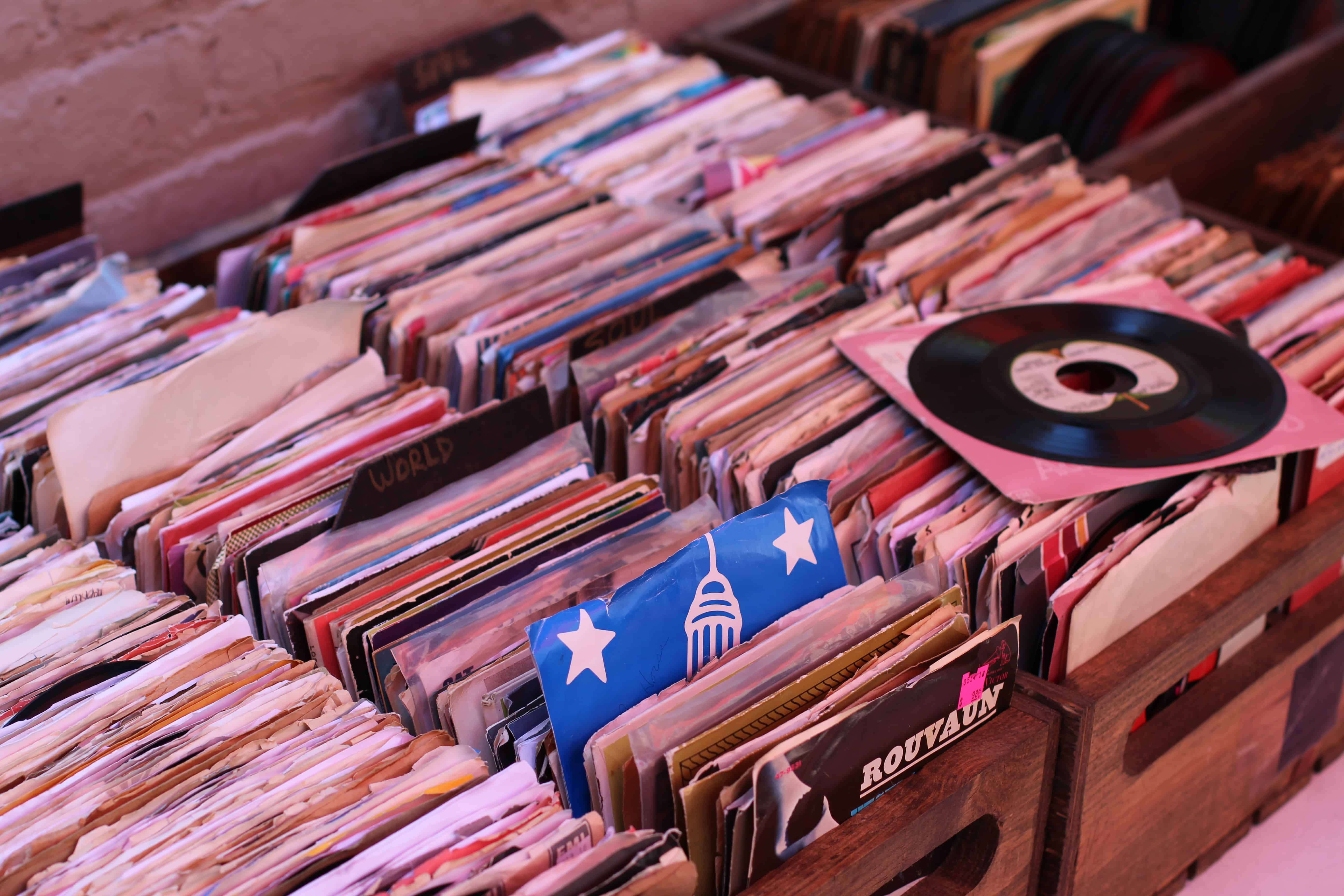 Want to dig through crates of quality vintage records? Find music you grew up with? Discover music you never knew existed and discuss it with other music enthusiasts? The Record Parlour on Selma Avenue in the heart of Hollywood is a one-stop shop for all things music. They specialize in hunting down vinyl records, cassettes, old school turntables, and band memorabilia creating a culture of community that the neighborhood desperately needs. Attracting everyone who has a passion for the music, with over 20,000 vinyl records, vintage stereo gear and music memorabilia, the Record Parlour is quickly becoming a staple hang out for the surrounding hipster youth.

Since it opened, almost two years ago by owner Chris Honetschlaeger and manager/partner Chadwick Hemus, the store has been building a name for itself by hosting exciting in-store showcases, pop-up performance gigs, album playbacks and DJ sets to entire live performances recorded and transferred directly to vinyl onsite. Honetschlaeger has a background in vintage equipment and Hemu’s pedigree is as a vinyl curator for the original Amoeba (San Francisco)—which ensures that the sound and quality are outstanding.

We had a chance to sit down with Honetschlaeger to see what makes The Record Parlour tick.

M2M: How long have you been serving the community?

Honetschlaeger: We opened August 2013, so a little over a year and half. It took me four months to build. It was all offices before. I basically knocked out all the walls to keep the space open. The idea was this building has so much history being an old print shop in the 20’s. If you look around Hollywood these buildings are going away with all the development going on. We just basically came in here and reconfigured the whole joint.

M2M: What makes The Record Parlour different from other record stores?

Honetschlaeger: I don’t think we’re a record store at all. We’re a record / lifestyle store. I am not offended by the record store [title] but I just think we are bigger than that and here’s why, the three P’s: Purchase, Perform and Produce. That’s the vision here. We go past the one-dimensional place to purchase music. The second “P” stands for “place to perform music.” We built a stage and an incredible sound system. We have had little bands and big bands play here and they tell us it sounds amazing. It sounds amazing because we make it amazing. Venues operate 24/7. If a speaker goes out they can’t get to it for two weeks. I have a tech on staff, so if something goes out, it’s fixed immediately. Also, we don’t stack bands. There is only one band per night, except for today, which is special because of Record Store Day. One band per night gives the band time to hang out and sell their merchandise. If you have ever been a musician it can be pretty hectic to be rushed around. The third “P,” which we started rolling out in January, stands for “a place to produce music.’ So downstairs, right below us, is going to be our control room. So literally you come play, cut a record on our record lave, perform it that day and sell your records. Again, Purchase, Perform, Produce.

M2M: What is on your personal turntable right now?

Honetschlaeger: Well I have a five year-old daughter so nothing is ever on my turntable. I don’t know if you have kids, but it will get destroyed. [laughs] But what was on my turntable was, well like to tinker with DJ’ing. I am sort of good at it, not that I am a scratchy turntable-ist but I know how to put songs that are BPM (beats per minute) related together and that’s hard because you’re tying into the vibe of the song, or to the break of a song, or the bridge of a song. Nowadays with all these DJ’s I have to say it’s pretty easy. I mean everything is BPM or beat tracker. Back in the day all we had was vinyl. Everyone who comes here spins records. I’m talking about real records and that’s really, really hard, especially if you’re not tapping them out or matching BPM’s. But what’s on my turntable? As of right now. Rick James.

Honetschlaeger’s passion for detail and love for music is what makes The Record Parlour an undeniable epicenter. The rustic feel of open space, brick walls and exposed wood beams give the space character that is accentuated by its enthusiastically helpful staff. Whether you want to find that KISS album you had in your teen years, acquire a first pressing of Changes by David Bowie or catch a concert of local The Record Parlour is a must. 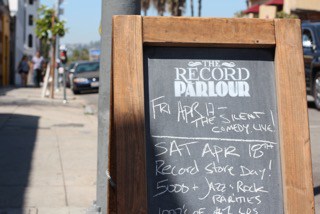