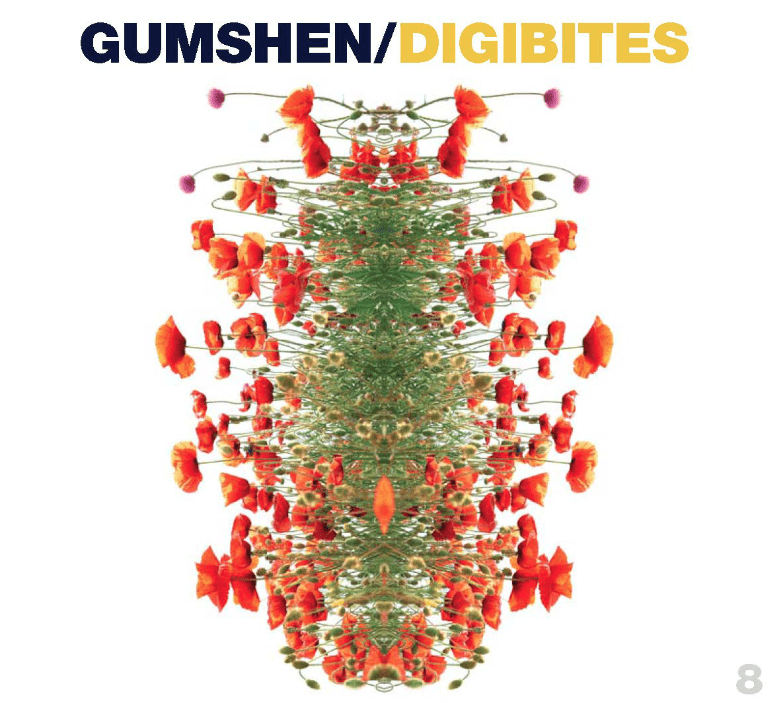 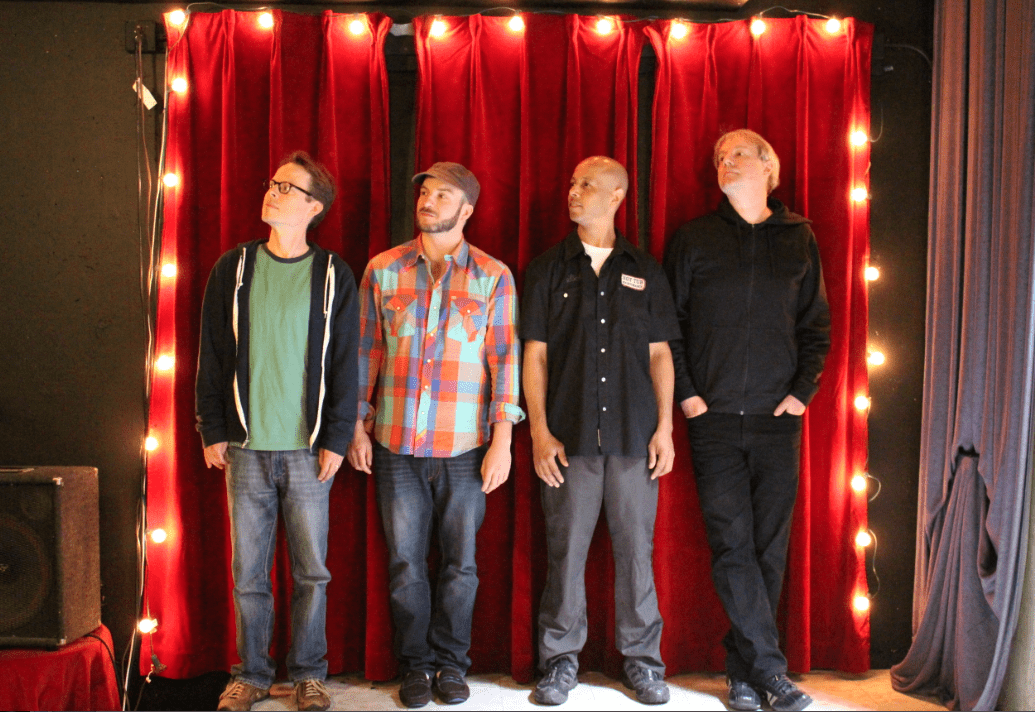 If you took some really cool 70s Prog Rock bands and tossed them in a blender with some classic electronica and EDM acts, and then sprinkled in some jammin’ Funk—you’d come up with Gumshen. The Seattle-based band Gumshen has an amazingly nostalgic “throw-back vibe” while still maintaining a completely current air of ultra-cool and hip electronica.

The experimental foursome consists of Ron Hippie on vocals, keyboards, some guitar, some percussion, and a tiny bit of Theremin–on the song “Here and Now”—yes, they have a Theremin; Sci-Fi addicts rejoice. Jan Ciganik—the group’s founder—who escaped from Czechoslovakia in a Hitchockian-styled, nail-biting epic, which we will discuss in another interview—deftly plays guitar(s). Dennis McCoy is on drums and the newest, and youngest member of the club, Chip Reno, picks up on bass—however as Hippie explained, “Everyone plays a little synth.”

While Hippie writes the majority of the songs’ music and lyrics—it’s definitely a group effort. Hippie records his ideas and brings his concepts to the band for group input, feedback, suggestions and additions—everyone participates to form a cohesive group sound. Hippie said, “Ciganik, is a professional session player and classically trained guitarist. He takes my ideas and really fleshes them out. He’s vital to the pre-mix of our songs, and he keeps the studio together.”

For a band that’s not touring their studio work and social media thrust is crucial to their continued success. The band’s played some big shows such as Seattle’s HempFest and Bite of Seattle but as Hippie said, “We’re still waiting for the big bags of money.” In the meantime, they’re picking up one good review after another, so hopefully they won’t have to wait too long.

Gumshen’s latest CD release DigiBites is a far-reaching effort comprised of layered guitar arpeggios over rhythmic beats, funky chord progressions and classic riffs. The band does their ever-loving best to hook you with their remarkable grooves—and whatever they’re doing works.

The catchy track “A Scene Like That” is even better as music video. Directed and edited by Remano De Beer at Twelve Eleven Studios, the video captivates viewers with Day-Glo neon outfits straight out of a scene from Tron. In fact, the band excels at creating visually stimulating fare. “Latency Head” is hypnotic—of course, it never hurts to have a mesmerizing belly dancer in your music videos either, but the song itself draws up the slightly maudlin chord progression of Bronski Beat’s “Small Town Boy” whilst also being completely new and exciting. “Don’t Stop the Music” pulls the same punch. “Pick Up The Slack” is another groove that just doesn’t quit—it’s got a beat that makes you want to hit the dance floor. They’re fun. They’re different. They’re an appealing fusion of classic rock and modern electronica.

Somewhere between Hot Chip and LCD Sound System with a bit of Groove Armada and Of Montreal—while pulling riffs from 70’s Funk bands. They’ve skillfully covered so many various styles in different songs and blended those complex styles seamlessly. Enjoy.