The place is packed, the vibe is festive and the food is incredible…which means we can only be in one place, Dametra Café in beautiful, downtown Carmel, California.

A rustic sign above the door to this eclectic Mediterranean eatery reads, “Dametra Café ~ Like Nowhere Else” It is true—Dametra Café is a restaurant like no other. The moment you enter, expect the warmest of welcomes from your hosts, co-owners and best friends, Faisal Nimri and Bashar Sneeh.

“The funny thing is we decided on [the theme of the signage] long before we opened,” explained Nimri, who wanted to offer patrons a place to come, experience music, good food and the warmth of being home. “A lot of times you go to a restaurant and you don’t feel connected. Our dream was to re-connect people. We give a hug. We let people sing and dance and perform. The first thing our patrons do when they walk in the door is to give us a hug. We see it with the customers too. They come in and meet and then form friendships. We’ve created a tremendous family,” said Nimri. What Nimri and Sneeh have done is give the small community of Carmel, a second community; a second family if you will, and that is so rare for a restaurant.

“Thank God we were able to achieve what we wrote from day one with that theme,” said Nimri. When they opened the café originally in June 2008 they wanted to serve Middle Eastern cuisine; a style of food they grew up eating. Nimri is from North Jordan and Sneeh from Southern Syria, about an hours drive by car—ironically the business partners met here in the States. They both play the Oud (think lute or mandolin) and had a shared passion for Mediterranean cuisine. Nimri had fallen in love with the atmosphere and beauty of Carmel so when the current location opened, they decided to jump on it.

Nimri keeps the momentum of the place going with his singing (yes, there’s singing) and his effervescent personality. “Eat, laugh, live and love is what dining is all about,” said Nimri. It’s close to 9:30 p.m. when we arrive and the place is jam-packed. Dametra Café is one of the very few places in Carmel where you can arrive late and stay later. They serve food until 11 p.m. “We wanted to give people the full experience of Middle-Eastern culture and hospitality. Back home, people eat late,” said Nimri. True to form, the wine bar stays open until the last customer leaves. “Sometimes it’s midnight, sometimes it’s 1 a.m.” The kitchen closes at 11 p.m.

The music is lively, the hospitality convivial, and the taste of the food hearty and filling. Nimri explained, “The rice pilaf is made with a homemade vegetable stock and a touch of turmeric. Our potatoes au gratin are made with Yukon gold potatoes, Parmesan, heavy cream and white pepper.”

The restaurateurs try to use local vegetables from farms in Watsonville and Castroville. “We do use a lot of local, organic ingredients. Some of the spices are from overseas, and they are all very high quality,” said Nimri.

The menu is a combination of Mediterranean and select pasta dishes. The Lamb Shank, is one of the restaurant’s most popular dishes—not only did we have it, but we noticed many tables enjoying this tender lamb shank which is served with a choice of Dametra’s delicious potatoes au gratin or rice pilaf and fresh vegetables. We also opted for the Greek Combination Platter—a sumptuous plate of chicken kabobs and gyro meat (some of the most delicious gyro I’ve had since I left New York), served with humus, Greek salad, yogurt sauce, rice pilaf and fresh pita bread. The salad was finished with a delicate vinaigrette—just enough to give flavor while allowing the palette to discern all the ingredients. 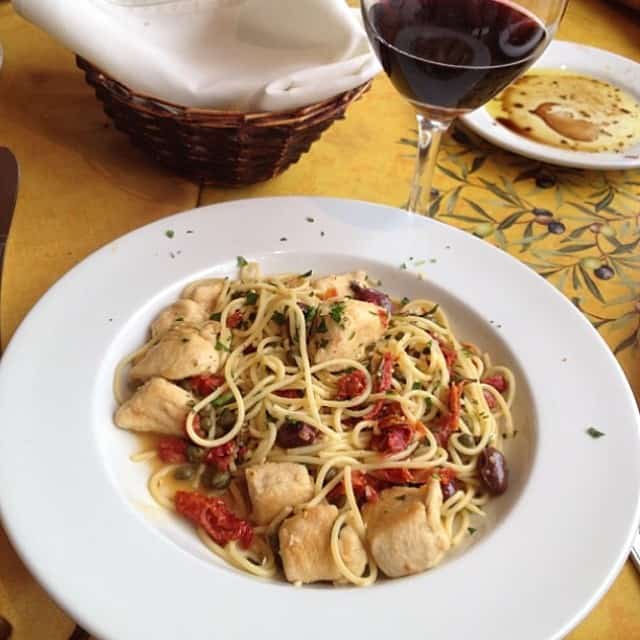 Conundrum Red by Caymus is a Cabernet / Merlot with a peppery taste, rich, velvety aromas of floral notes tones of lavender, dried berries and baking chocolate. Firmi carefully selects all the wines on the menu. He has also added some Spanish, Lebanese and Jordanian wines. 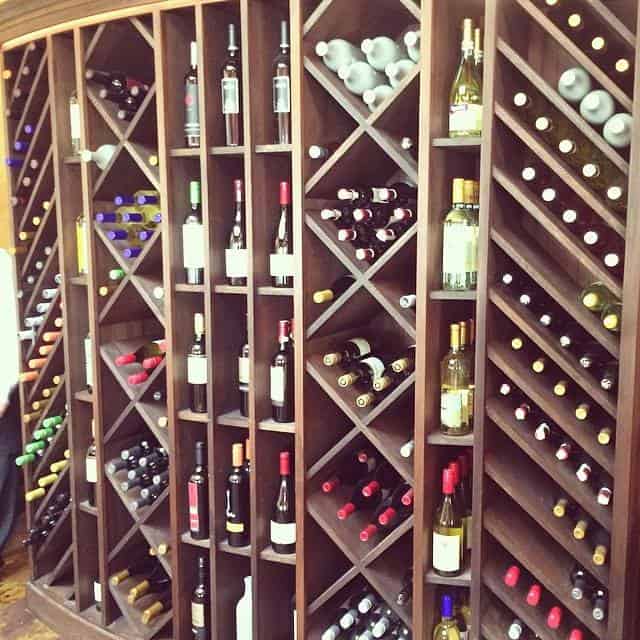 Their ciabatta bread is brought in from the Palermo Bakery in Seaside—voted one of the best in Monterey County. And the desert we sampled—the tiramisu—was light and delicate while also satisfying and filling.

Firmi and Sneeh expanded the original restaurant several years ago; and given the traffic this was a good thing. Local Trompe L’oeil artist Lana Loukianenko’s exquisite murals adorn the ceiling and walls along with draped Greek tapestries and Middle Eastern lamps. “She was able to express our intentions with her art. We wanted to bring an authentic feel and old world charm. She softened the colors, made everything delicate and beautiful,” said Nimri. And it is just that. 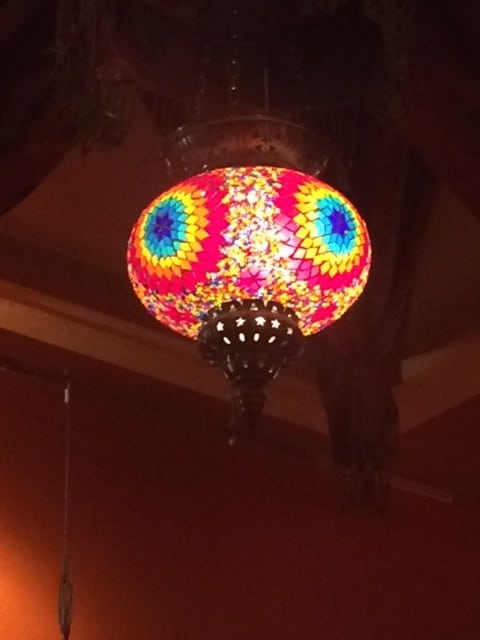 Experience the experience of Dametra Café.
On Ocean Avenue and Lincoln—Downtown Carmel