Chicago Lights Up the Hollywood Bowl 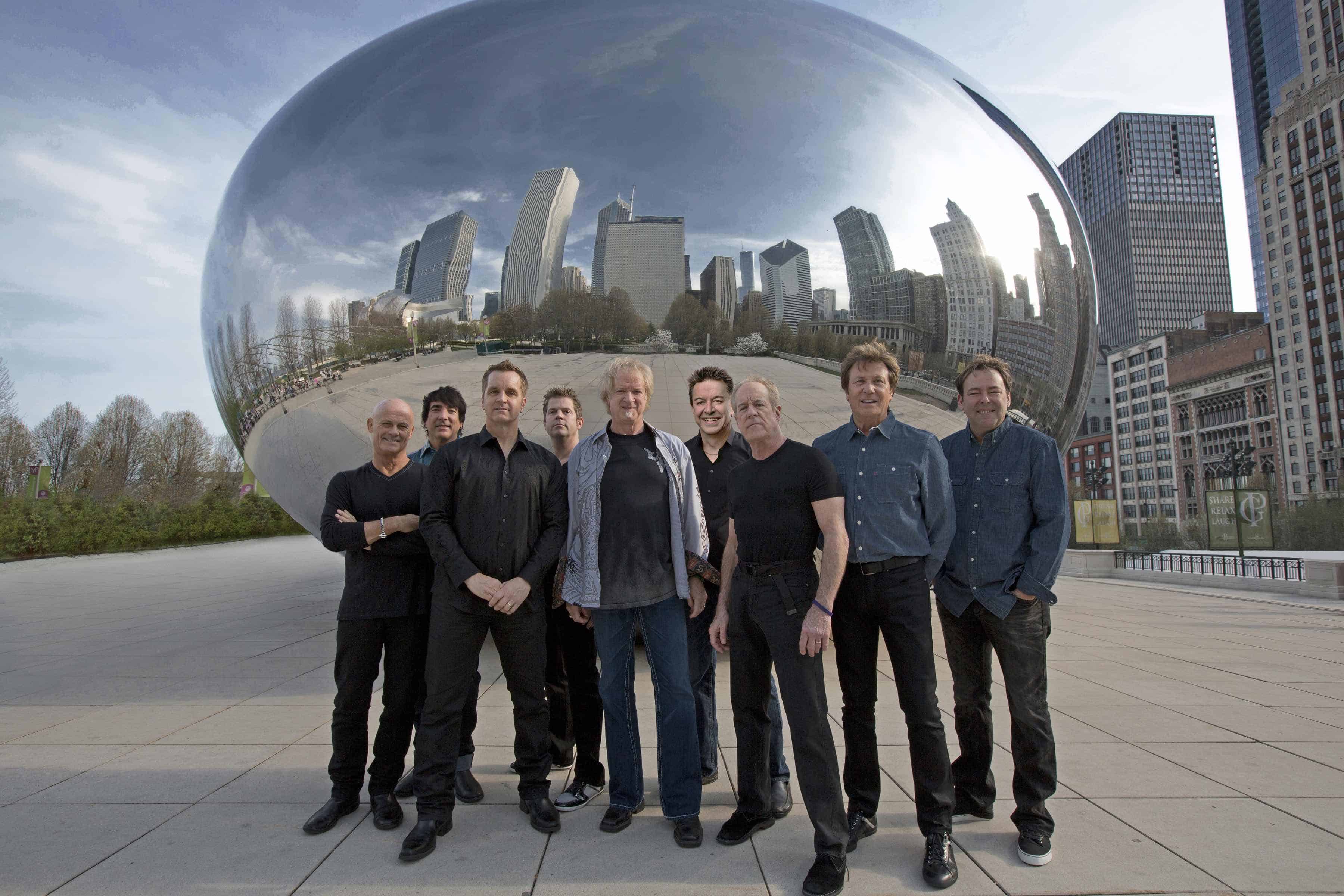 The lyrics go, “Saturday in the park, I think it was the Fourth of July.” It was Saturday. The “park” was the Hollywood Bowl and the Fourth of July was just days away as we celebrated, in style, listening to the legendary, Grammy-winning band, Chicago.

With 23 gold, 18 platinum and 8 multi-platinum albums—Chicago is one of the world’s best-selling groups of all time. And though the line up has changed a bit over the years, its four founding members (keyboardist/singer Robert Lamm, trumpeter Lee Loughnane, trombonist James Pankow and multi-instrumentalist Walter Parazaider) were still going strong and in top form.

Opening with the powerfully potent “Questions 67 & 68” from their first album, Chicago Transit Authority, the band set the tone for the evening’s energized performance. The horn section ‘let loose the funk’ on “Ballet for a Girl in Buchannon” and the patriotically attired audience–festively clad in red, white and blue, responded in kind by waving their arms and grooving along to the music. Amongst the standouts from the evening’s set list were, “Call on Me,” “Get Away,” and “Just You and Me.”

At one point, Lamm explained that they started out as an organic funk band. He said, “No one knew what to do with us, but somehow it all worked out.” He then thanked all those folks who helped vote Chicago into the Rock and Roll Hall of Fame.

Bassist/singer Jeff Coffey (subbing for Jason Scheff) gave a stellar performance; putting his heart and soul into vocalizing some of the band’s most iconic ballads; “Hard To Say,” “You’re My Inspiration” and “Hard Habit to Break.” Chicago brings to mind timeless love songs, first dances and prom nights—and it was a treat to hear Coffey’s emotionally charged, melodious voice do serious justice to these tracks.

By the time they reached the penultimate number,  “Saturday In The Park,” the audience were dancing in their seats. Indeed it would have been hard to remain seated with the lively brass trio, crisscrossing the stage, thoroughly charming the crowd. They capped the set with “Feeling Stronger,” and after a rousing fireworks display to Sousa marches by the Hollywood Bowl Orchestra, Chicago returned to encore with “25 or 6 to 4.” The crowd didn’t want to leave and neither did Pankow, who strutted round the stage with boundless energy. It was one of those nights you wished the show could go on longer—and undoubtedly Pankow picked up on that vibe.

The ever-engaging Conductor Thomas Wilkins and the Hollywood Bowl Orchestra opened the show with a half hour of patriotic repertoire. Joined by the U.S. Air Force Band of the Golden West on “America the Beautiful,”  “Boogie Woogie Bugle Boy,” and the “Armed Forces Salute,” they gave a rousing tribute to our men and women in the service. At that point, Wilkins invited everyone, either in the service or with a family member in the service, to stand when their respective theme-songs were played so they might be acknowledged and honored. The songs of each division are: “As the Army Goes Rolling Along” (Army); “Anchor’s Away” (Navy); “The Marine Corps Hymn” (Marines); “Semper Paratus” (Coast Guard); and “Wild Blue Yonder” (Air Force). Happy Fourth of July and thank you to our service men and women, here and abroad! 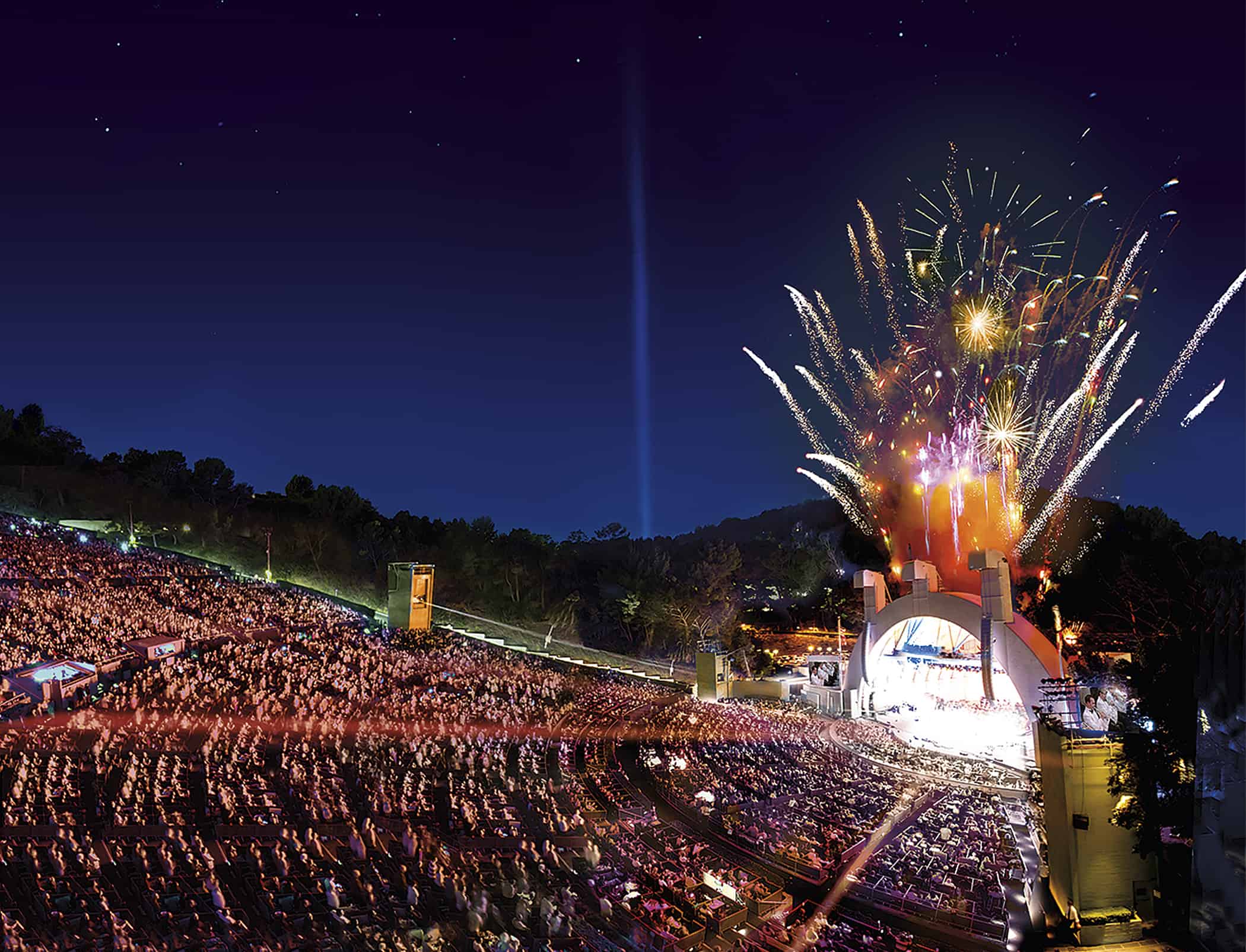 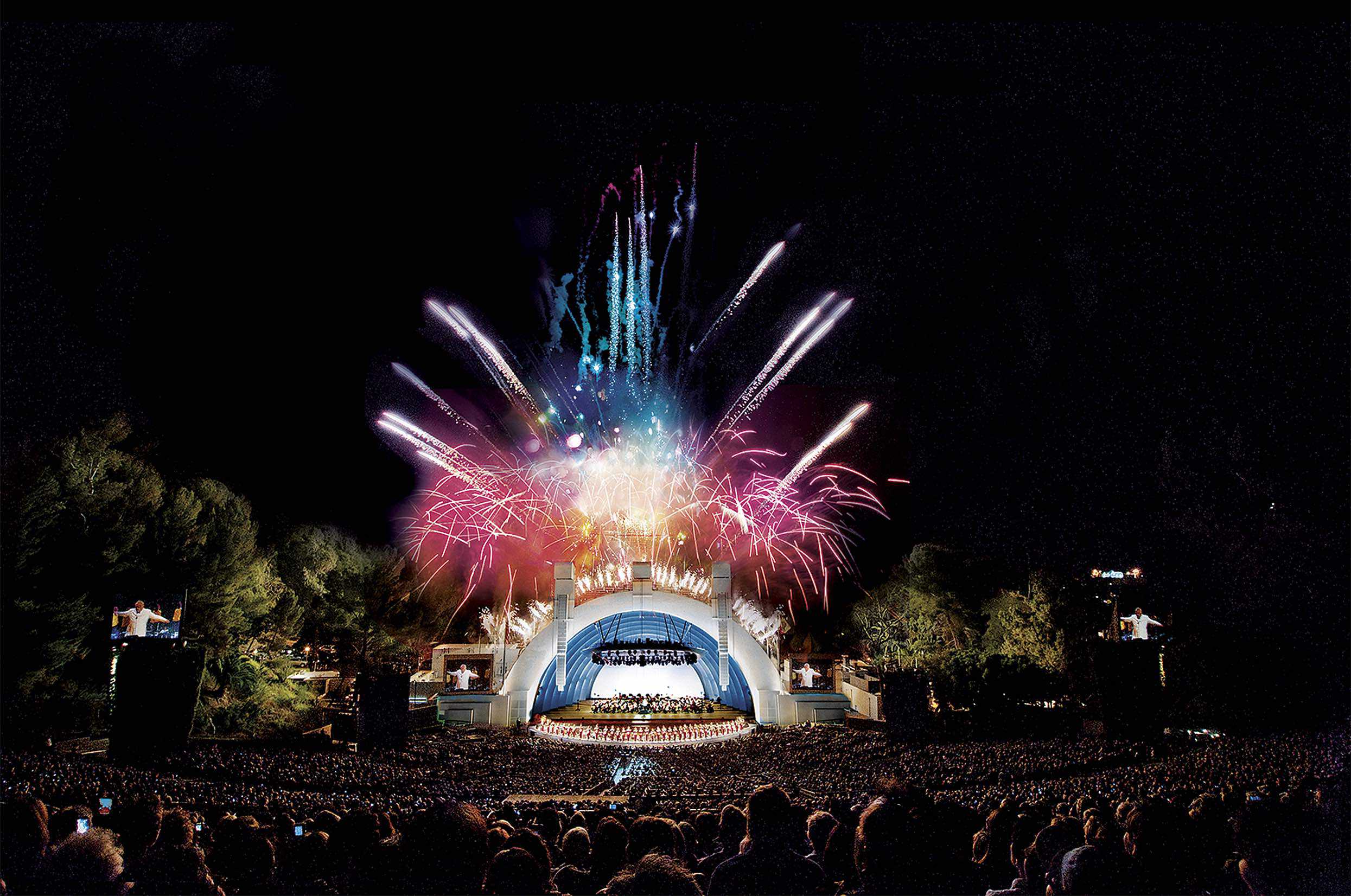 Fireworks at the Bowl” photo courtesy of the Los Angeles Philharmonic Association.