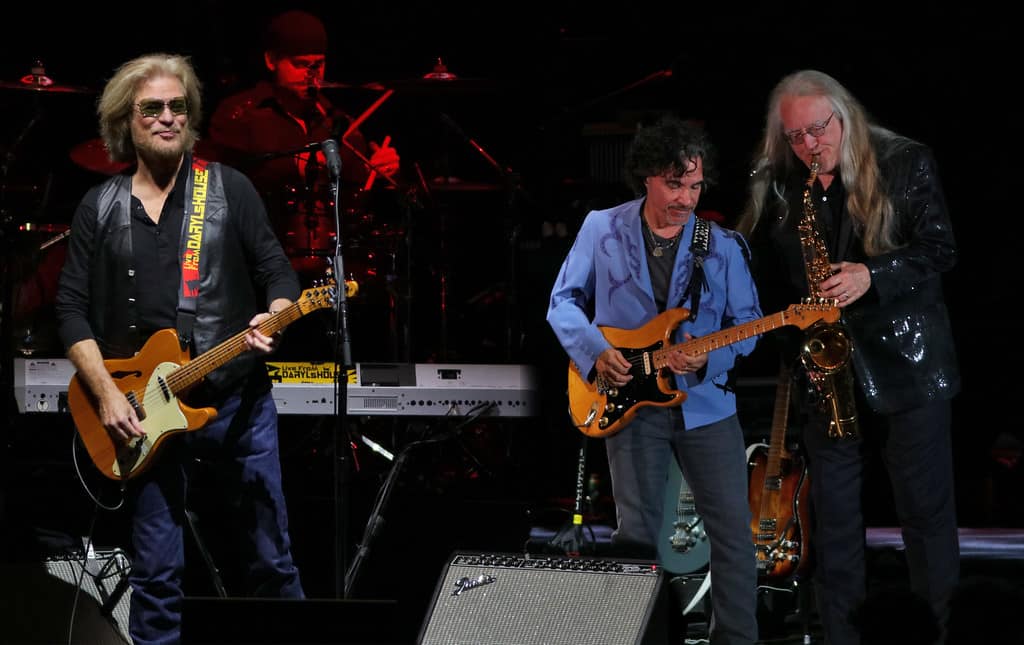 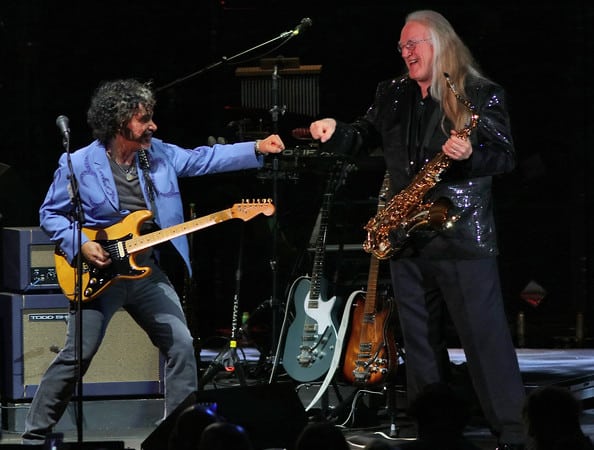 We were “easy, ready, willing”…and overjoyed to hear the Darryl Hall and John Oates let loose this past Tuesday at the Hollywood Bowl—and the iconic pop-soul duo did not disappoint. Opening with the rousing “Maneater” from their H20 album and playing hits spanning their entire career the event was a crowd pleaser that just didn’t stop from the moment they set foot on the stage to their dance-in-your-seats finish.

Taking it all the way back to “Sara Smile,” “Do What You Want, Be What You Are,” and “She’s Gone,” a track from Abandoned Luncheonette–to their top 80s hits, “I Can’t Go For That (No Can Do),” and “Say It Isn’t So”–Hall belted out songs with joyful exuberance and Oates followed suit. Hall’s voice strong and soulful as ever, and like a fine wine, and both he and his voice have gotten better with age. Sporting hip shades and standing behind his keyboard—complete with a “Live at Darryl’s House” sticker affixed to the board, Hall couldn’t have looked sexier if he tried. Oates was talkative between songs, chatting the audience up and keeping the pace going. The entire band, sounded great, especially Charlie DeChant, who tore it up on the sax and Porter Carroll giving us percussion grooves-a-plenty.

Hall credits his success to “being in the right place at the right time.” Starting on the streets of Philadelphia, Pennsylvania the young Hall formed musical affiliations with soul artists such as Smokey Robinson and The Temptations. He met Oates in 1972 and their mutual love for urban rhythm and blues prompted their musical union and set them on a career trajectory earning them recognition from the R.I.A.A. as the Number One Selling Duo in music history, a record they still hold today.

Both Hall and Oates seemed thrilled to be playing the Bowl and to being in Los Angeles where Oates said, “he could feel the energy from the crowd.” The boys wrapped the evening with “You Make My Dreams Come True” and “Private Eyes” while everyone danced in the aisles.

The show opened with spectacular crowd pleasers—Trombone Shorty & Orleans Avenue followed by Sharon Jones & the Dap-Kings—Jones, along with surprise guest Mayer Hawthorne, joined Hall and Oates for the encore, a Delphonics cover, “Didn’t I (Blow Your Mind This Time)—a tribute to their Philly roots.

During her set, Jones, a cancer survivor told a story about how she didn’t know if she would live to see her birthday—but she persisted, kept writing, kept working, kept singing. She blew us away with her amazing presence and vocal spirit. At one point she yelled out to the crowd, “I got no hair, but I don’t care!” Jones’ film “Miss Sharon Jones” details her incredible true comeback experience and is showing in theatres nationwide. 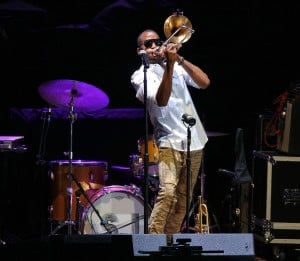 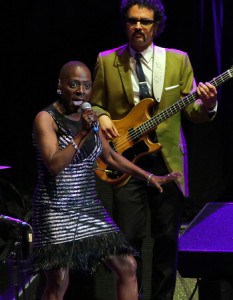 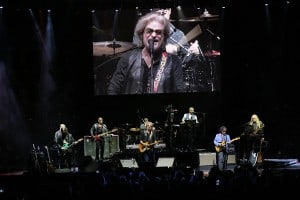