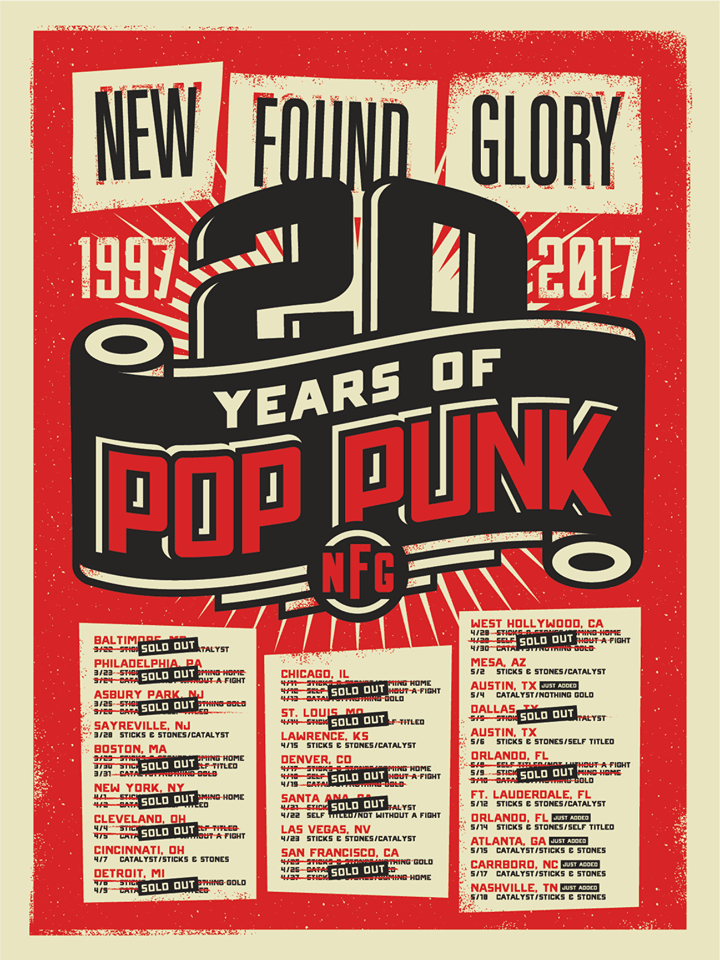 Florida pop punk rockers, New Found Glory are releasing their much anticipated, “Makes Me Sick” full-length album on April 28, 2017. In the interim, on February 16, 2017 their single “Happy Being Miserable” drops and should keep your ears satisfied until the album is released.

The band’s been tearing up stages since 1997. Despite being told they “would never make it,” 20 years later, they’re still tearing it up with what will be their 8th album. They are celebrating the release of the album with a US Tour.

For tour dates and tickets: www.newfoundglory.com