Canon Blue: Changing the Shape of Country Music in Nashville 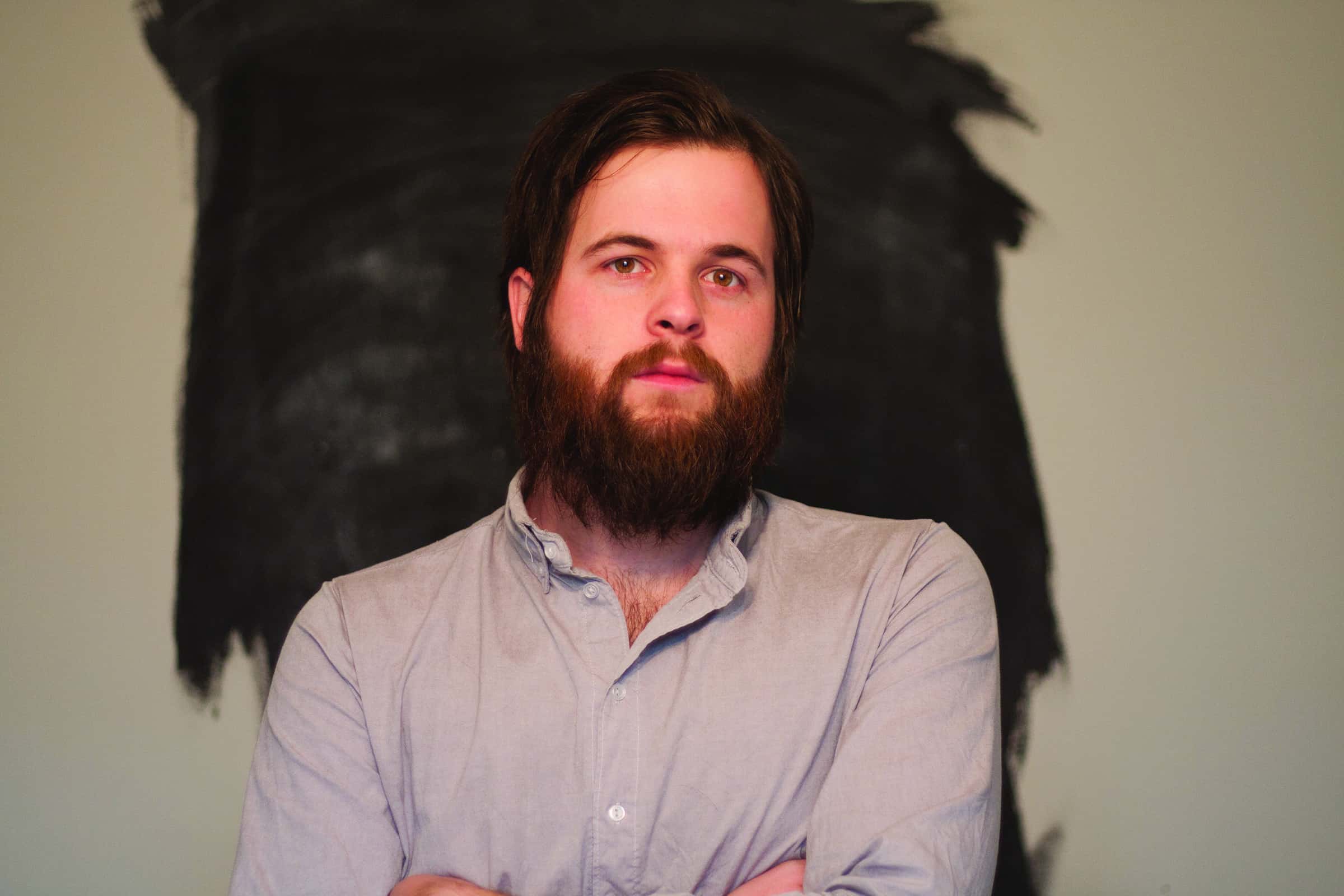 Daniel James, an electro-pop solo artist known as Canon Blue, is quickly changing the shape of country music in Nashville, Tennessee. And yes, it’s odd to find an experimental indie artist living in the south, home to “the King” himself, Elvis Presley, along with other county luminaries such as Dolly Parton and Kenny Chesney.

James—who is originally from Virginia—began his career in 2007 when he released his debut electronic laptop pop album, “Colonies,” with the Danish record label Rumraket. Before signing with the label, James’ journey into the music industry was a test of perseverance as he spent a lot of time waiting; waiting for record companies to respond, waiting for words and music to come together, and waiting for his career to launch. It’s normal to have doubts when undertaking any big project but James didn’t let the rough times overshadow his goals. He stuck with it and found his big break when he got in touch with Casper Clausen, lead singer of Efterklang. Clausen sent the record to Rasmus Stolberg, another member of the band who also happens to be in charge of the label. The wait was over and Canon Blue arose.

James’ religious upbringing prevented him from listening to certain types of music.  One album called “Sci-Fi Canon Blues” by Annie was his “Radiohead” since he wasn’t old enough or allowed to buy their CDs. The record served as his escape outlet, inspiring him to use the name as his own.

“Rumspringa” is the debut album with the New York record label Temporary Residence Limited. The CD features eleven songs with various cities such as Des Moines, Chicago, and Memphis as title names. Daniel’s patience paid off as his album is a lush orchestral arrangement featuring a dynamic string ensemble. Music & Mayhem was lucky enough to speak with Daniel about making his new album overseas, how his strict religious upbringing affected him musically, and plans for the future.

M&M: In the beginning of your career, you sent your CDs to artists and labels you respected. Is that the reason why you partly made your new album “Rumspringa” in Denmark and Iceland, from previously interacting with Efterklang and the connection from Grizzly Bear to Sigur Rós?

James: Yes. I had been working on the songs while I was out on tour with Efterklang. I would play stuff for Mads and Casper from [Efterlklang] and we would bounce ideas back and forth; which eventually led to them producing the album. I’ve always loved Copenhagen and had been wanting to work on something there. Eventually we were able to have some time at the old Danish National Radio studio so I decided that would be a great place to do the album.

Iceland came about through Efterklang as well. Amiina has been friends with them for a long time and a few of the girls had played with Efterklang in the past. So through that connection I asked them to play on the album and they very graciously said yes.

M&M: While you were growing up, your parents were really strict about the kind of music you could listen to. Which artists were parentally-approved and were you able to escape into others you preferred?

James: I grew up in a very religious family so there were many groups and even styles of music I was kept from as a kid. In a way though I’m thankful for it because through that I was listening to a lot of classical music and film scores. So early on I had a great musical education and was saved from being into New Kids on the Block or whomever else my friends were into at the time. When I got to high school it all changed for me. I bought “Ok Computer” and Jeff Buckley’s “Grace” the same day and that was kind of the beginning of everything.

M&M: “Rumspringa” is a German word meaning to jump around but is referred to a period of adolescence in the Amish community. What does this word personally mean to you and for the album?

James: I first heard the word while watching a documentary called “The Devil’s Playground” which followed a few Amish teens as they went through Rumspringa. I found the word by itself fascinating, but also I was really intrigued by the dichotomy between a very ritualistic, restrictive lifestyle being suddenly thrust into a chaotic, impulse based, ‘anything goes’ situation overnight.

At its heart the album is about freedom and I like to think every song is an abstraction on that. It deals with both the joy and release that comes from removing all restrictions, but also the darkness that can come in when freedom is distorted and preys upon our darker drives and desires as humans.

M&M: Why did you move from your hometown in Virginia to Tennessee?

James: I grew up in Virginia and after college I lived in England for a while. When I got back from the UK I really had nothing going on so I decided to give Nashville a chance as I already knew a few people there. It had an interesting creative community that I really enjoyed and I thought it was something that I could benefit from.

M&M: How does living in Nashville affect you musically since the area is predominantly about country music?

James: I honestly don’t feel like it has much effect. My tastes and musical interests were already pretty well defined by the time I moved out there. I will say though that the longer I am there the more I find myself growing strangely nostalgic for the South. There’s something very calming about the countryside and the laid back nature of the culture. So if there is any influence I would say it’s more geographical and social than musical.

M&M: Would you ever consider living in New England, the West Coast, or even in Europe where you can collaborate with other indie and experimental bands?

James: I’ve gone back and forth about moving back to the UK or Denmark. I also love the Northwest, but it just isn’t practical right now. Plus, I feel these days collaboration is so easy to achieve from a distance. I kind of like being a little more isolated and off the beaten path of what’s happening anyway.

M&M: Hurricane Katrina hit around the time you were living in New Orleans. This devastating and controversial disaster seemed to affect you emotionally because your first album, “Colonies,” seems to be vexing but is hidden by the acoustic and electronic cadence. Has working on your new album affected you in any way?

James: My time in New Orleans and Katrina definitely had a huge impact on “Colonies.” It was a very internal and isolating process making the record, very similar to my experience of living in Louisiana. For the most part, I recorded it all alone on a laptop in my bedroom. With “Rumspringa” I wanted to completely reverse that. That’s the main reason I worked with so many people on the album. I’m so much more interested in collaboration and community these days and I think the record is an exploration and testament to that. Plus, I had the benefit of being around such amazing talented people to work with so I wanted to take advantage of that.

M&M: “Colonies,” can be described as electronic laptop, pop and “Rumspringa” was recorded with an orchestral pop and string quartet ensemble. Can we expect another record from you and how will it be different from your previous work?

James: I definitely have plans for many more records. I don’t like to do the same thing twice so I imagine the next record will be a lot different. This record is at times pretty complex and dense in its parts and instrumentation so the idea of doing something minimal is really appealing right now. In general, I’m really interested in the idea of setting restrictions and restraints in the creative process and I think that can set the groundwork for some interesting outcomes.

I watched a documentary on the BBC Radiophonic Workshop who did a lot of music for the BBC television shows in the 50s and 60s. They had such crude and minimal gear, but came up with the most amazing music by working within their restrictions. In the documentary, they were asked when they felt that the golden age had ended and their reply was “when the technology caught up with the imagination.” That idea really haunted me and it’s something I want to be aware of when I’m working. I always want to keep the imagination ahead of whatever means I’m working with.

Canon Blue’s new album was released August 16 and the single “Indian Summer (Des Moines)” is available online. Daniel James will be touring in various areas of the country including Ireland, Canada, and across the United States.