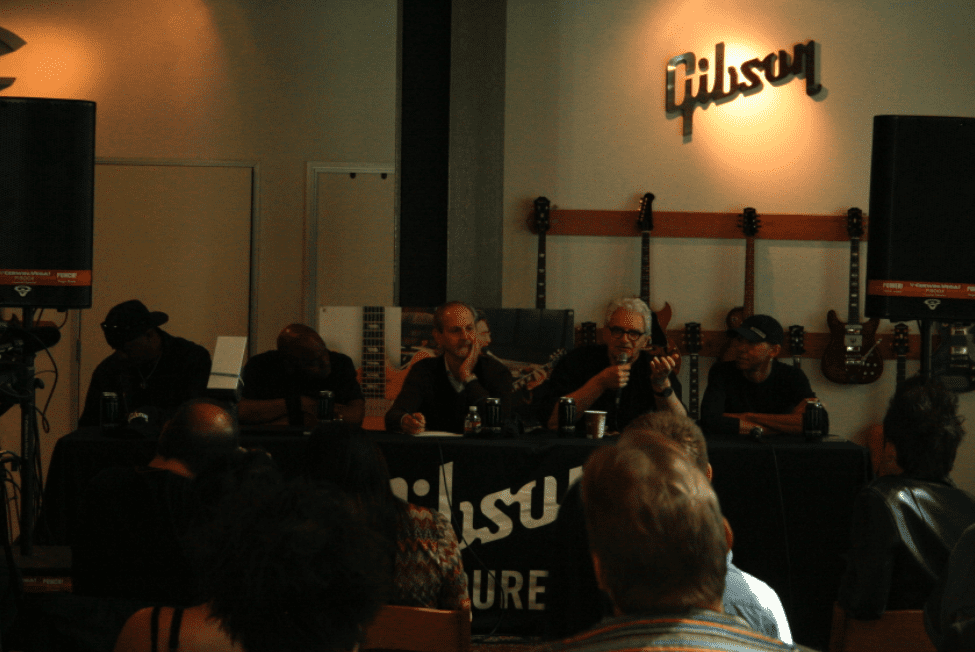 Gibson hosted a panel discussion at their Beverly Hills Artist Relations Showroom featuring 2013 Rock and Roll Hall of Fame inductee, Chuck D of Public Enemy. Panelists included recording legends Jack Douglas (The Who, Cheap Trick, Aerosmith) and Eddie Kramer (Jimi Hendrix, The Beatles, Led Zeppelin, The Rolling Stones), renowned musician Dug Pinnick (King’s X) with Brian Hardgroove (Public Enemy, Hardgroove) moderating. The topic in question: “What is Rock n’ Roll?” and more pointedly, now that Chuck D of Public Enemy, a rap band, is being inducted into the Rock and Roll Hall of Fame—how does that change the playing field for other genres? Chuck D responded, “There goes the neighborhood.”

Poor Rap. Rap has gotten, well…such a bad…rap (yeah, I wanted to throw in the pun). To this reporter, Rock and Roll brings up a certain kind of verve, a groove, something musical that makes you want to kick up your heels and dance, dance, dance, and the genre doesn’t necessarily matter. While that may be true, turns out there’s a lot more involved with what constitutes Rock and Roll and some of the pros weighed in.

Hardgroove kicked off the session by asking three questions: “What is rock and roll?” “What genre should be considered in the Rock and Roll Hall of Fame?” and “Where is Rock and Roll going?” Admittedly, no one had a clue as to where Rock and Roll may be headed. Pinnick said, “the Gold Rush of the 70s and 80s is over; there are no more mega bands selling millions of records. We don’t have radio. We don’t have MTV…we got Rock and Roll back, so let’s figure it out.”

Jack Douglas recalled Chuck Berry and said, “He pretty much invented Rock and Roll…Hip Hop and Rap, it really just takes us back to more traditional rhythm and beats sound that is Rock and Roll…Rock and Roll is Motown, Rock and Roll is Public Enemy and right now more than any other time, music is beat oriented.”

Douglas expressed excitement about the direction of music. “It’s wide open now. Making albums is totally inexpensive you can make ‘em in your basement, in your bedroom, in your closet. Kids are making great music on gear that costs very little…if you Tweet enough about your stuff and you get it enough ears to it, something’s going to happen… I love what’s going on, it’s a very exciting time.”

Kramer added, “To me as a teenager growing up in South Africa I studied classical music and I’d tune into the Voice of America and I’d hear all these sounds that would really turn me on…I heard Little Richard, Chuck Berry and it was sticking in my head.”

Chuck D commented, “I’ve been fortunate to evolve out of DJ culture. Not just with the fantastic DJ’s that I’ve worked with but DJ’s playing a record in the household was a way of life.” Chuck D then thanked and blessed Hank Shocklee and Keith Shocklee, Terminator X, DJ Johnny Juice and DJ Loren—affectionately dubbing them, “manipulators of sound.”

While everyone on the panel had his own sense of what constituted “Rock and Roll” and where it’s headed, they all agreed that part of what makes a Rock and Roll performance is ‘the show’ and the theatrics, whether that be a vocalist with an incredible range or a band dressed up in costume—some stage element that generates awe from the audience is needed. Panelists also agreed on the necessity of the sum of the parts coming together to produce a whole. Chuck D said, “Getting in the studio back then was about, “let’s see what we can all do together.” We’ll fight, we’ll wrestle over it, and what will come out of it will be the effort of the team. And when we perform, it was the effort of a team.”

Well…thanks to the team effort of Public Enemy and congrats on their induction to the Rock and Roll Hall of Fame. But whether it’s Hip Hop, Rap or Blues, I’ll quote the Stones by saying, “I know, it’s only rock and roll but I like it.” 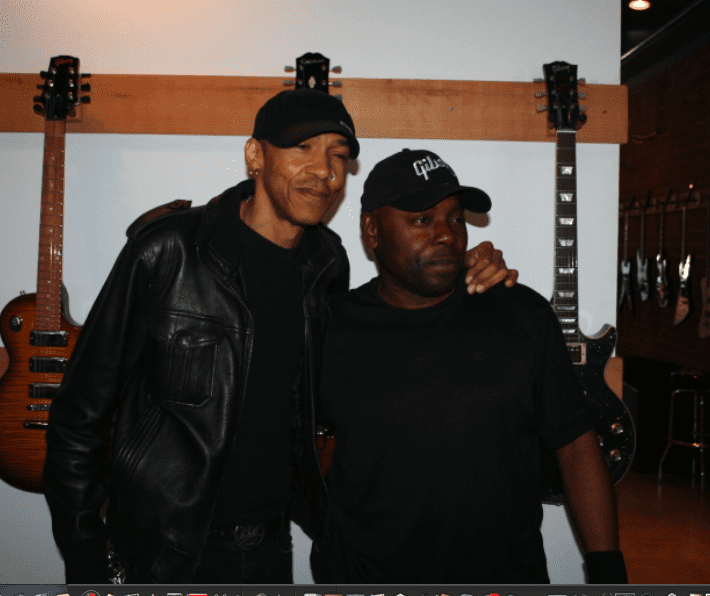