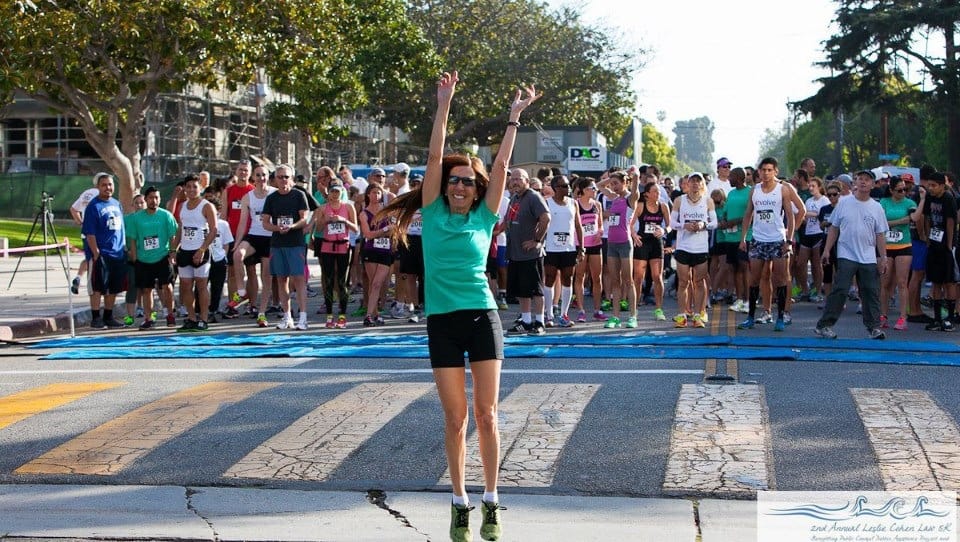 Leslie Cohen truly enjoys the social side of running. In fact, this petite, effervescent Santa Monica attorney (and mother of three) meets the majority of her friends at races and has established a large network of contacts met during the course of her leisurely pursuit.

Now this may seem strange to non-runners who, like myself, may wonder—how do you meet and make friends when you can barely breathe during a run? But Cohen explains, “Most of the running that you should do, if you want to be a good runner, is not supposed to have you panting and tired the duration of your run. You only have to do that once a week. The rest of the time you’re supposed to be enjoying yourself. You can talk and you should talk.”

Since 2009 Cohen’s had her own running team, “Leslie Cohen Law Running Team,” which benefits the Public Counsel Debtor Assistance Project and the Samohi Cross Country/Track program. It’s Cohen’s way of giving back to a community that is very dear to her heart.

“In 2001, at the prompting of a friend, I ran a 5K in Griffith Park and much to my surprise I won first place in my division.” Bolstered by her initial success she started racing, running in small local races until it became more than just a hobby.

Upon completion of her first relay marathon and she realized she loved the ‘social aspect’ of running. In 2006 Cohen started training seriously and got some coaching. The next chapter started in 2010 when her children were in middle school. Cohen was at this point, very much into running for health and pleasure and wanted to encourage her children to do the same.

When her children were in 8th grade she set up the “Leslie Cohen Law Running Team,” which she said, “was done strictly for fun and socializing and wasn’t intended to be competitive.” But it has turned into so much more. She dubbed it the name of her firm because she wanted to have a corporate name associated with the team and the only corporation she had was her own firm.

Every Wednesday Cohen would take her girls and their friends out on a three mile run. “I’d take all their pictures, post them on Facebook, get them shirts with logos on them, I’d train them and then feed them cookies when we got home,” [note: Cohen also bakes her own sweets which she sells locally at The Farms Market on Montana Avenue].

What’s ironic is that when Cohen started to train the youths she didn’t know that 2.5 miles constituted a cross-country distance, she just thought it would be fun. “I just picked this random distance because it’s just about the same as a 5k which is 3.1 miles. Anyone can run three miles eventually but it’s hard to run three miles when you don’t know how to run. You get very tired. Everybody gets winded and uncomfortable. Everybody runs too fast. I taught them how to do it by taking it slow, letting them walk once in a while, and encouraging them to stay in a running motion if they could.”

In 2009 she started the official team and invited everyone to compete together in a local race. There were 35 runners. Today Cohen’s running team has over 300. Fifty of those runners are serious runners. 25 of them are adults that Cohen runs with on a regular basis and another 25 are children Cohen runs with when they’re not in season at school.

In addition to this, in 2012 Cohen started the Leslie Cohen Law 5K, which supports the Public Counsel Debtor Assistance Project and the Samohi Cross Country Track Program. “I tapped every connection I had to get money, food and to make this a really great event,” explains Cohen.

It’s no easy feat to put together a race. There are only two approved race routes in Santa Monica. The City of Santa Monica requires permits and street closures, which require reserving and paying for all the parking meters, notifying the neighbors, putting up ‘no-parking’ signs, providing adequate trash receptacles, and approval from both the Big Blue Bus and Metro Bus systems. She also provides a DJ, post-race snacks for all participants, including energy bar samples, gives out medals to the top three finishers in each age group, awards prizes for top overall male, top overall female, overall fastest team, and fundraising champions and all her runners receive Nike tech race shirts.

“It is incredibly complicated and incredibly expensive,” says Cohen, who must pay for all of these expenses including, “hiring a full force of Police officers which costs upwards of $13,000. But I’m devoted to the city, so this is actually a way of giving back to our community.”

In years past, Cohen has been able to break even, typically receiving enough in donations and registrations to cover costs. “What I’m trying to accomplish with my running event and my running team and my running in general is to bring people together. It’s a healthy way to interact. It’s my passion and my joy and want to share it with as many people as possible.”

Though the next race is not scheduled until 2014, donations can come in all year round. To donate to either the Public Counsel Debtor Assistance Project and / or the Samohi Cross Country Track Program please check out: www.imathlete.com 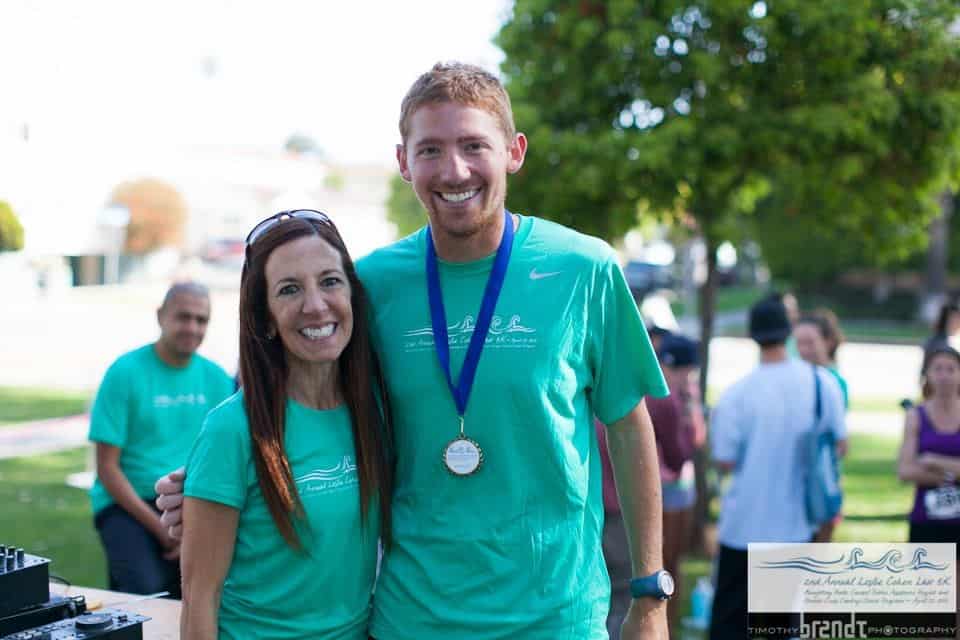