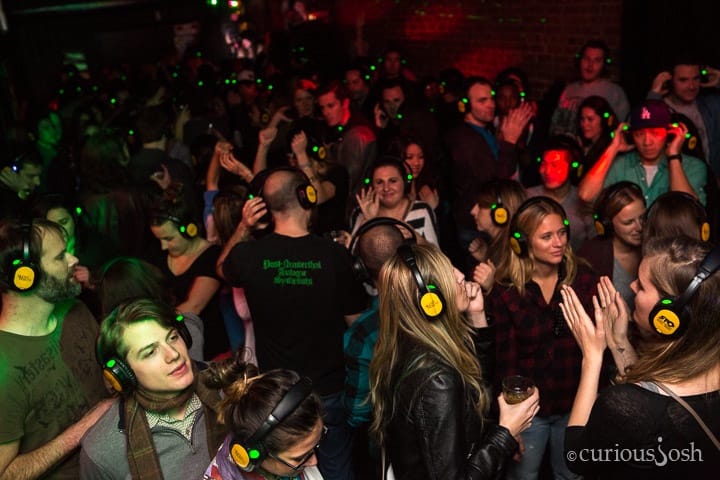 Get ready to dance, shake, and laugh out loud under the stars at beautiful Wilshire Restaurant on Friday, June 21 as Silent Frisco launches the first of a four-show monthly showcase. After two smashing years at the Central SAPC, the action moves to a spectacular new home, located at 2454 Wilshire Boulevard Santa Monica, CA 90403 on the third Friday of every month. The new location will allow a new wrinkle, the LA debut of a second audio channel, allowing listeners to switch between music styles and double the artists performing each night.

Silent Frisco’s groundbreaking theme-night series will kick off with Daft Punk vs Radiohead on June 21, followed by 80’s vs 90’s on July 20, Talking heads vs LCD Soundsystem on August 16 and Motown vs James Brown on September 20. The Wilshire activation will feature a second audio channel choice featuring 70’s disco and soul. The showcase will feature some of LA’s most innovative artists as well as Silent Frisco founder and resident Robbie “MoPo” Kowal.

“Two years ago, when we launched at the Central, no one knew what Silent Disco was, or how the headphones worked,” says Kowal. “Now, after the Central, LACMA, Sunset Strip Music Fest activations and a feature in the LA Times, all they ask is where we’re going to roll out next and what the theme will be.”