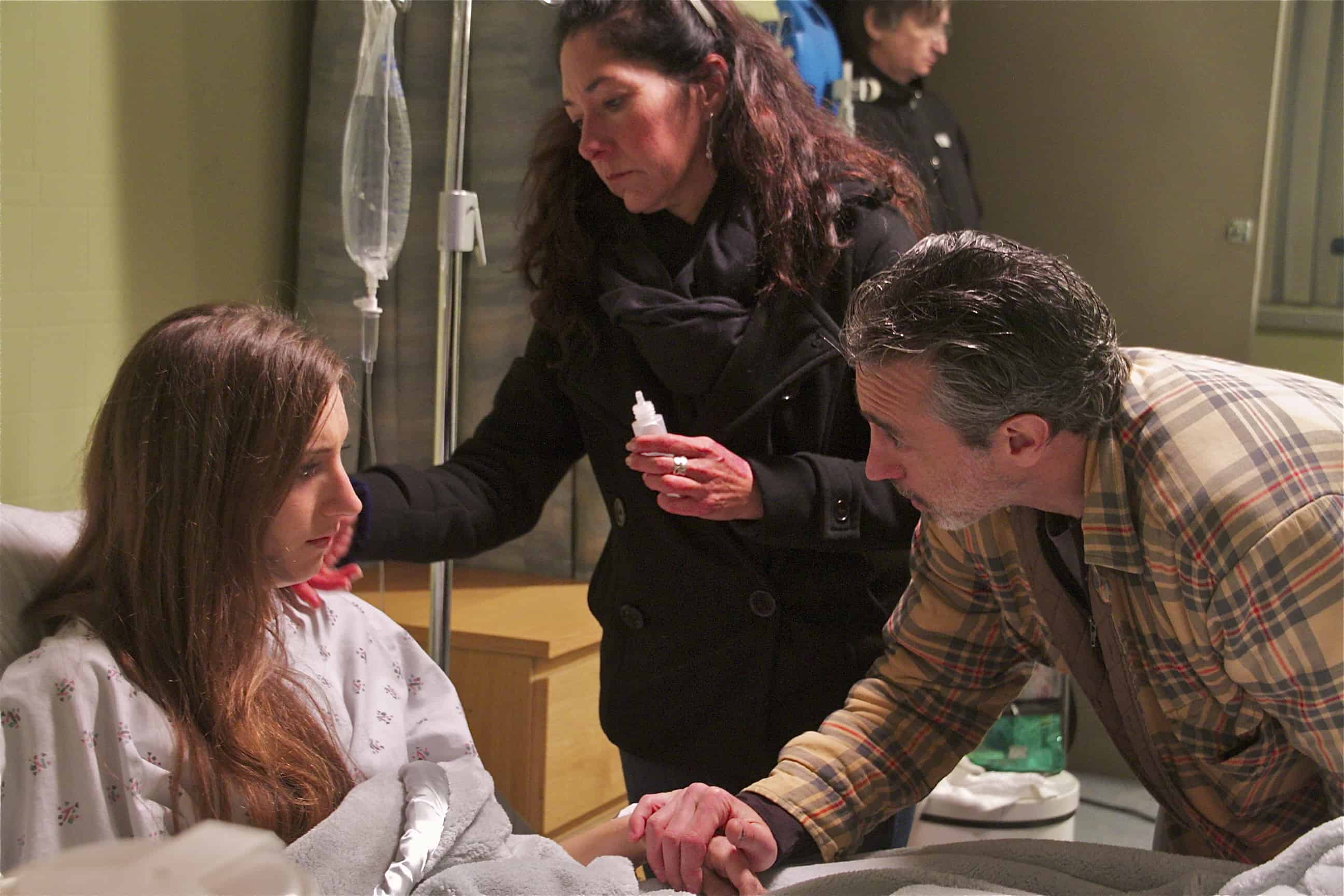 Often actors say they feel they’re born to be in the film business. For Elizabeth Guest, the lead in the upcoming Kill Her, Not Me, it is the literal truth. Born on a film set in Eugene, Oregon, while her parents, Pamela and Nicholas Guest—also prominent actors—were shooting a film and on location, Guest has found her way, quite naturally to both the stage and screen.

Though more than her immediate family is in the business—her uncle is actor/director Christopher Guest (Spinal Tap, Best In Show, A Mighty Wind) and her aunt is Jamie Lee Curtis star of the classic horror film Halloween, whose mother Janet Leigh started the family franchise by most memorably screaming in Alfred Hitchcock’s shower scene in Psycho—there was never any pressure from her relatives to go into acting. “At the end of the day, my parents and family just wanted me to be happy with whatever career path I chose,” explained the vivacious Guest over lunch at Montana Avenue’s Marmalade restaurant.

With the advent of her most recent project, Kill Her, Not Me, a thriller, directed by George Francisco, in which she stars as Vivian, a beautiful, but troubled youth with a dark past and an even darker secret, she effectively becomes a third generation Scream Queen. Ironically, Francisco and the producers of the film, which includes seasoned veteran producer, Pete McAlevey, didn’t realize Guest’s proximity to former “Scream Queens” Leigh and Curtis when they cast her in the role.

Said Peter McAlevey on the process, “Casting is such a mystical thing. There’s a lot of luck in it. Obviously the find here was Liz. She came to read for another part, a smaller part, but when we were watching her audition she was making us cry. So we gave her different sides and she came back and read for the lead, and of course when George met her it was a done deal.” In fact, the ending of Kill Her, Not Me was reworked during the shoot to include more footage of Guest because Francisco and McAlevey so loved her portrayal of the character Vivian.

Guest always knew she wanted to be an actor. “When I was in kindergarten I auditioned and was cast in Steve Allen’s A Christmas Carol and my parents put me in the Lee Strasberg program; which consisted of a lot of improvisation and dance.” She has since studied with Second City and Upright Citizens Brigade. But for Guest, the art of acting simply makes her happy. “I love making people laugh and performing,” she said.

After getting acclimated to the business as a child, it turned into a drive for a career. In college it became apparent to Guest that she wanted to pursue a career in acting.  While attending USC’s conservatory program she was cast in a three-episode arc as David Duchovny’s student on Californication.

Mid-way through, however, she decided to apply to the film school and study film. “I wanted to make the most of my experience at USC. I took film production classes, wrote a lot of papers, watched a lot of movies and made the switch to film studies.” During her final year at USC she wrote her second feature, which made it to the final screening round for the Sundance Screenwriting Lab of 2013.

Her love of old movies and her understanding of film history have served her well. She’s written, directed and cast her own projects, and thus has brought a film education to her craft of acting. All of these pursuits have given Guest more range and adaptability, bringing a greater depth to her character in Kill Her, Not Me.

She was attracted to the role of Vivian because she said, “Viv is cool. She has strength to her but she doesn’t feel the need to announce it. She’s not an in-your-face kind of character. She has subtleties.”

Indeed, Guest has a nice way of bringing nuances to her character. There’s a scene in the film where Viv brings her sorority friends to visit her family’s cabin in the woods. The cabin holds great memories for Viv and she’s eager to show it off, but the cabin is pretty run down, and her “friends” make their disgust apparent.  Guest hits the right notes in this scene (and others) with her ability to convey her hurt pride, her anger and her pain all in one fell swoop. It’s not easy feat yet Guest makes it look that way, bringing authenticity to the role. Guest claims she had a “mean girl” experience in 8th grade and she utilized that rough time and experience to help her portray the character.

Francisco’s role as a director was also a great inspiration to the young star. “I was so excited about a particular scene but also nervous about it because I wanted to do a good job with it.” The scene in question is a pivotal one in the film’s ending and Guest explained that it wasn’t on the evening’s schedule. “But that night as I was eating dinner, and it was hot in the trailer and I hadn’t been touched up with make-up, the 2nd AD came up to me and asked, “Are you ready? We’re shooting it now.” I went into panic mode, I was ready to explode, but given the circumstances it really served the scene.”

She learned later that it was the director’s intention to purposely withhold the scene from her schedule. “I was really grateful to George. His big notes for me were, “Just trust yourself. Don’t get in your way. You have the right instincts,” and when I learned that this was planned, I felt like [Francisco] really understood me as an actor.”

“Acting is like a puzzle. You never know what’s going to happen next,” said Guest. We know one thing is next—as the film readies for distribution—a new Scream Queen is on the rise.

“Kill Her, Not Me” premieres Sunday, September 15th at 8pm at the “Everybody Dies Horror Film Festival” in Brea, CA.  For more information and tickets, please go to www.everybodydiesfilmfest.com 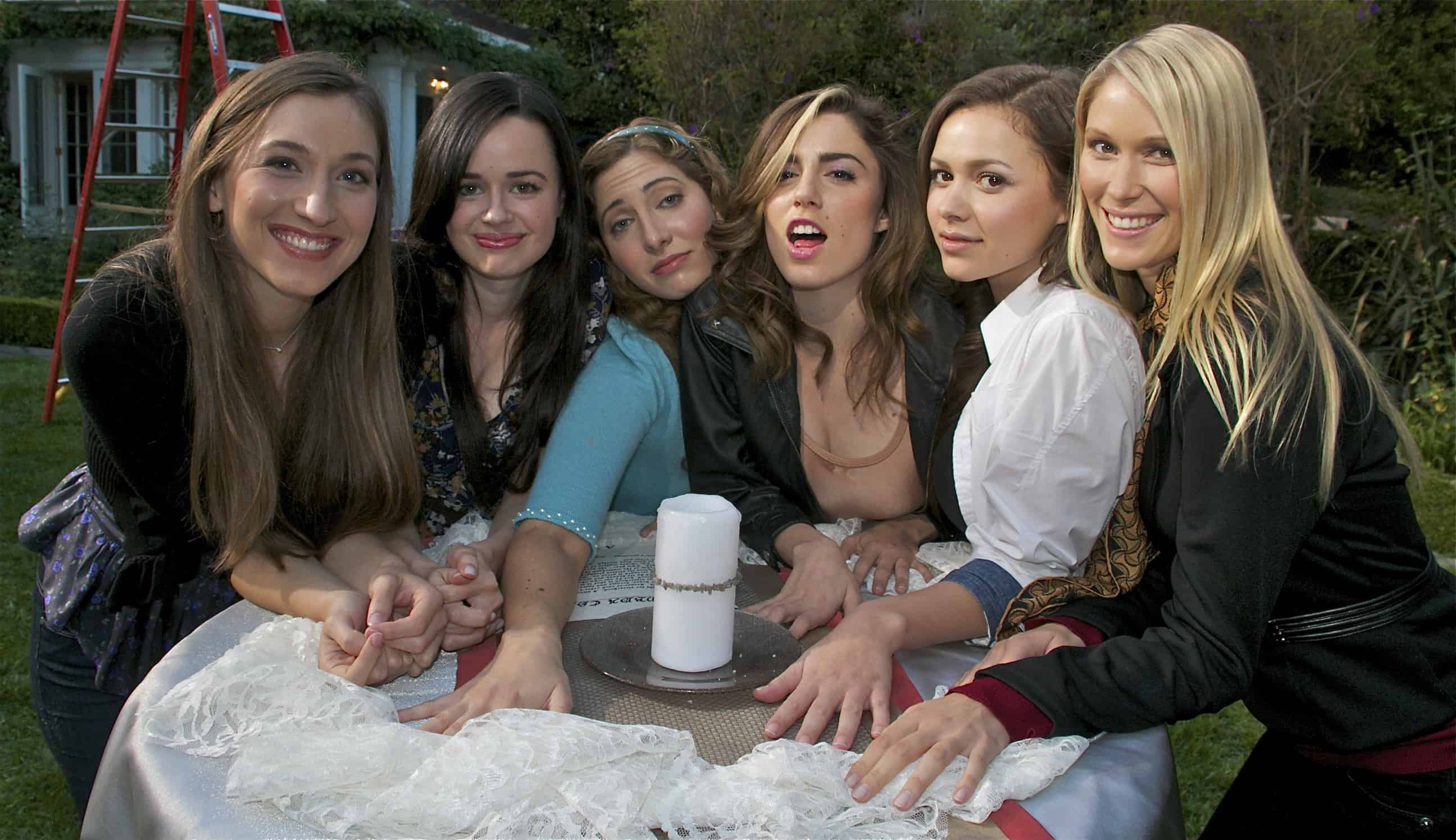