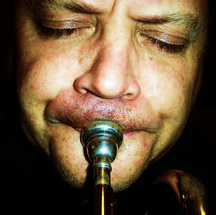 Catchy little numbers with an eclectic mix of vocal harmonies, instruments, playful storytelling and a splash of 60’s pop. Say what? Let’s discuss…

Ho Jo Fro, formally known as Howard/Johnson & Friends have conjured up two new singles for their upcoming album “Hello Dwight.” The band is fully equipped with three talented singers (DPR Johnson, Susan Munson and Cheryl Knight). This will be the first release under the new name and will feature more of DPR Johnson on main vocals. “Betsy & Me” incorporates lively melodies, punchy guitar riffs and a keyboard hook that’ll make you feel as if it’s 1960-something. On the other hand, “Your Sisters Room” is naughty — oh yes, very naughty. It’s funky, scandalous groove sets the tone and it’s well supported by tasty guitar licks and subtle harmonica. Paying homage to the blues, maybe? If so, that’s major cool points for you Ho Jo!

If you can’t wrap your head around the new band name, let’s take a step back and reminisce on the bands’ previously released album “The Inverted Jenny.” The album includes a wide array of shared vocal duties. For instance, take the song “Friction Stories”—it’s like a game of vocal tug of war. Now, drop the rope and listen to “Dust Bowl,” which features a soulful Susan Munson as the main vocalist. All the tunes are cut from the same cloth on both albums.

Overall, Ho Jo Fro brews a fine cup of musical tea. If your mojo needs a little boost, take a sip and see what happens!