On the ‘Race Track’ to Commercial Success 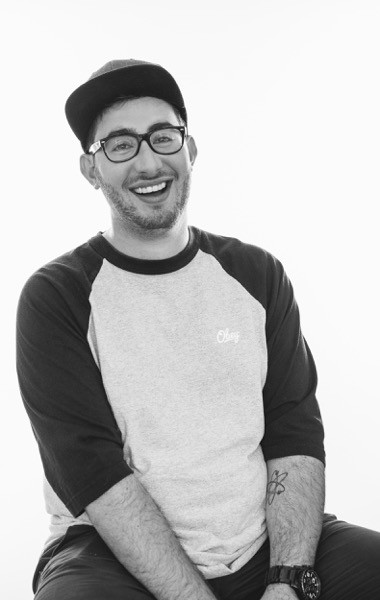 At 23, the inquisitive Bleyer doesn’t look like the type of guy who oversees a burgeoning commercial production company—Advent Films. When we meet, he’s dressed neat-casual—wearing red Nikes, blue jeans, a blue-collared shirt, and his requisite baseball cap—with his company logo. He does however look like a director, but he’s quick to point out that he doesn’t want to be the next Spielberg. That’s never been his goal.

For Bleyer, if that directorial comparison is going to come—he longs for the equivalent in the commercial realm. “I’ve always been a fan of advertising, of smart, beautiful, marketing. Video production companies work with the same level of equipment as theatrical productions, but with more travel, and more variation in what you’re shooting. How exciting it would be to be in Milan doing something for fashion, and Japan doing something for tech and France doing something for food, and the U.S. for cars? Commercial work is completed in a smaller amount of time, and you have a smaller window in which to successfully brand a product,” explained Bleyer.

It’s that exact challenge that excites and inspires Bleyer, who added the caveat, “If they can do it well. No one wants to be the ‘50% off at Ross guy.’ It’s the ads that stay with you, that really tell a story, and showcase the product in a beautiful, cool, fun way, that make it worthwhile.”

For Bleyer, that means ads like VW’s “The Force” in which a young boy dressed as Darth Vadar attempts in earnest to use the power of the force. His last try—to start his father’s VW works, but only because, his father is able to surreptitiously start the ignition from a vantage point in the kitchen. Or Dodge Dart’s innovative “How To Change Cars Forever” —clever, poignant, award-winning, string-pullers told in less than a minute—that’s what captivates him.

Bleyer, who easily rattles off technological jargon such as ‘the CMOS sensor for my Cannon camera is a complimentary metal-oxide semi conductor’ doesn’t see himself as particularly academic. He had planned to attend Santa Monica College and transfer to film school, “like everyone else in this entire city.” Once on campus he realized, “I was turning down some exciting film opportunities because I was studying ‘How to make films.’ That said, I do of course, believe you’d be silly not to educate yourself in any regard.”

Don’t let the fact that the wide-eyed Bleyer looks more like a rapper from a Beastie Boy’s cover band or that he wasn’t formerly educated throw you off, he’s an articulate whiz kid; with an innate love and understanding of all things techno.

“I was skateboarding with all my friends, as kids do, and I found out the hard way I wasn’t cut out to be a pro. I was really good at certain tricks, like, ‘Fall On Your Face’ or ‘Break Your Wrist,’ those I had down,” Bleyer joked. To prove this point Bleyer showed me his front teeth; they are plastic.

To save him from additional pain he procured his parent’s Hi-8 video camera and followed his buddies around making skate films. He was 13. But it was more than the willingness to remain connected with his friends that spurred him on it was also that inherent love of technology. From as early as first grade Bleyer was fixing computers—his first, a Mac Quadra 630.

On this he honed his skills using iMovie; loving it so much his parents would delete it from his computer as punishment instead of grounding him. “But it’s so easy to duplicate the application. I had it literally in a folder called “math homework” and they’d delete one application and I would edit on the other no matter what,” explained Bleyer. It wasn’t until high school, when he took his first and only video class that he thought directing might be a career path.

Bleyer’s first film—that wasn’t about skateboarding “punk kids”—was a documentary about Obama’s inauguration. “I went around my school, to teachers and students and interviewed them about their thoughts regarding that historic day.” Then, at 17, during a vacation to Washington D.C., he compiled ten second shots of video, strung the clips together with music and posted it on YouTube. It generated enough hits to cause a stir. The Kennedy Center contacted him and flew him out a few weeks later to shoot a visitor’s guide video for them. Bleyer was on his way.

But by 2013 Bleyer was making more money with his business than at Apple and he said, “I started feeling like I was working two jobs. I had to either decline really cool jobs [cool as in, new car release parties and track events for Aston Martin and Lamborghini] to keep my work at Apple or skip work for a brand that I loved to go out and film. I just figured, I’m 22; I’ve got no kids, got a little bit of savings.” It was time to take a risk.

“I was so close,” said Bleyer, who was flying up to Cupertino and meeting members of Apple’s corporate video team. “You hear a lot of different bits of advice from people in this industry, but you rarely hear that they studied hard and went to a good film school. Generally, it’s a little bit of you-know-somebody; mixed in with a little luck and a bit of all-nighter’s with coffee and that’s generally how [careers] happen.”

Bleyer was advised by more than a few people, who told him, ‘If you do end up leaving Apple, and building yourself and your portfolio and what you can accomplish on film, it may make you more marketable to the brand.’ Ultimately I decided I had to pursue my own endeavors.”

Since it’s inception, the goal for Advent Films had been to break out of web. Bleyer wants to generate enough buzz around what he does to be given the opportunity to execute his own creative concepts. “A few of my videos went viral which is exciting but I haven’t been given a complete slate to create and craft my own ads.”

That was, until recently. The company just secured their first television with HomeHero.org. The company, which caters to procuring, affordable senior caregivers for quality in-home care gave Bleyer creative carte blanche and Advent’s release was received with great success. Video link: http://youtu.be/PjaRZugHz0U

Which is exactly how Bleyer got his first paid gig. Having been a self-proclaimed ‘car guy’ for years, he walked into an Aston Martin dealership in Beverly Hills and said, “Hey, I wanna be your video guy.” If you think the Manager of Aston Martin, Beverly Hills handed him the keys to a Vanquish and said, “Go for it!” you’d be wrong. He was hesitant, which only served to get the 20 year-old Bleyer even more fired up. He promptly bought a camera off Craig’s List, went back to Aston Martin the same day and started filming without their permission. “It was a Thursday, I wasn’t really getting in anyone’s way so they let me do my thing.” Bleyer had a sample piece edited and ready to show them before they left for the day. It was good enough to get him invited to an event—and things grew from there.

“You don’t know what’s going to happen if you’re ambitious and you ask for someone to give you a chance. You should never be dissuaded by going up to someone who is big time and asking them for something because there is no difference between a small man’s “no” and a big man’s “no.” You end up with nothing regardless. But there’s a huge difference between a small man’s “yes” and a big man’s “yes,” explained Bleyer.

At the time of this interview Bleyer and Advent have just returned from Northern California where they filmed for Aston Martin corporate. “What was really cool,” said Bleyer, of the recent shoot, “Is that we were at this swanky party with the President of Aston Martin and there was the Manager of the Beverly Hills dealership, the one who gave us our first job. It was great to shake their hands.” 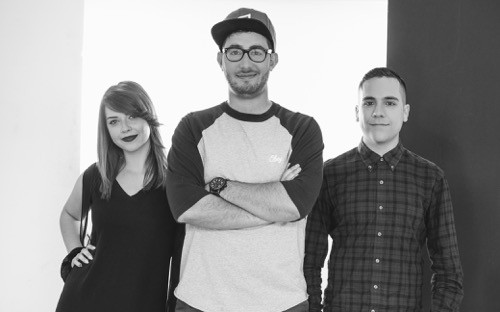 Tenacity and gumption has paid off with a steadily rising workflow. But as projects started rolling in, he realized he couldn’t do all the work himself. “We’re beginning to scale horizontally as well as vertically,” said Bleyer, who recently hired an employee.

For young Bleyer, the logistics of setting up the corporation has been a learning curve “I barely understood how to file taxes when this started and suddenly things were growing faster than I could imagine.” Bleyer used Legal Zoom initially, but had to hire an attorney when the former CEO of MySpace offered Advent their first equity deal.

“They basically wanted to purchase a big piece of the company in exchange for helping us get off the ground and launching us. But the thing about giving someone equity is that it’s kind of like getting a girl pregnant—no matter how long the company lasts, that’s a partner for life. And you can’t just decide, “hey we’re getting really big now, I don’t want you to have any more equity” unless you can buy them out. But if they’re smart, they won’t want to.” He still cannot believe he passed on an offer that would have afforded Advent cushy office space, including a movie theatre, legal, payroll and accounting and, “enough work to fill us up for the rest of the year. I declined because I want to believe that I can do this by myself.”

Then a second offer arose from a private entity; which made Bleyer realize that he has something very marketable. “The reality is that we can probably find investment when we need it, and we will get there, when we get there.”

Their main focus now is branding. “There are certain brands that regardless of what they do or manufacture are able to create something beautiful where people wish to associate themselves with that product or company. There are technology companies that people line up at the door and get tattooed on them like a drug. People want to wear Nike shirts simply because they say, “Nike.” That doesn’t happen by accident.”

Bleyer created a company because he said, “I think the scope of what you are able to achieve as a brand is far greater that what you can achieve as an independent contractor.” He believes if they package their content in a way that is ‘sexy enough, and exciting enough to follow’ that it will get people talking.

He’s also a proponent of doing things properly. The company motto is “Do something notable.” Hence the name, “Advent Films” which started an initial logo designed by Stephanie Luciano (another Apple employee). At this same time, Bleyer had been using a font that he loved called, “advent.” He Google searched the word and found it meant “the creation of something notable.”

To date his company has worked on ads for: Ghiradelli, Bentley, Competition Motorsports, Rolls Royce, Maserati, Lamborghini, Ducati, Tesla, Mercedes-Benz. Not too shabby a list of credits for a guy who never went to film school.

“When we’re beginning to travel, and work for elite brands, and generating content that is so clever and sexy—that’s a show I would totally watch, a story I would totally read.” So is Bleyer simultaneously creating the content for a new reality show? He certainly has the equipment and team to do so. While the company decides whether to become kings of a niche or a part of a larger market, Bleyer said, “I’m appreciative of every project we receive.” 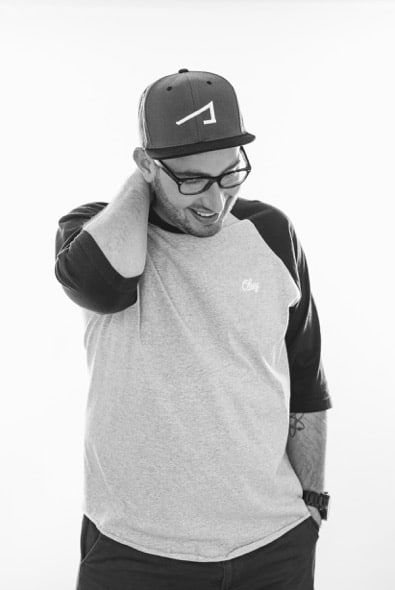