Bob Dylan & Jerry Garcia Perform at Day on the Green 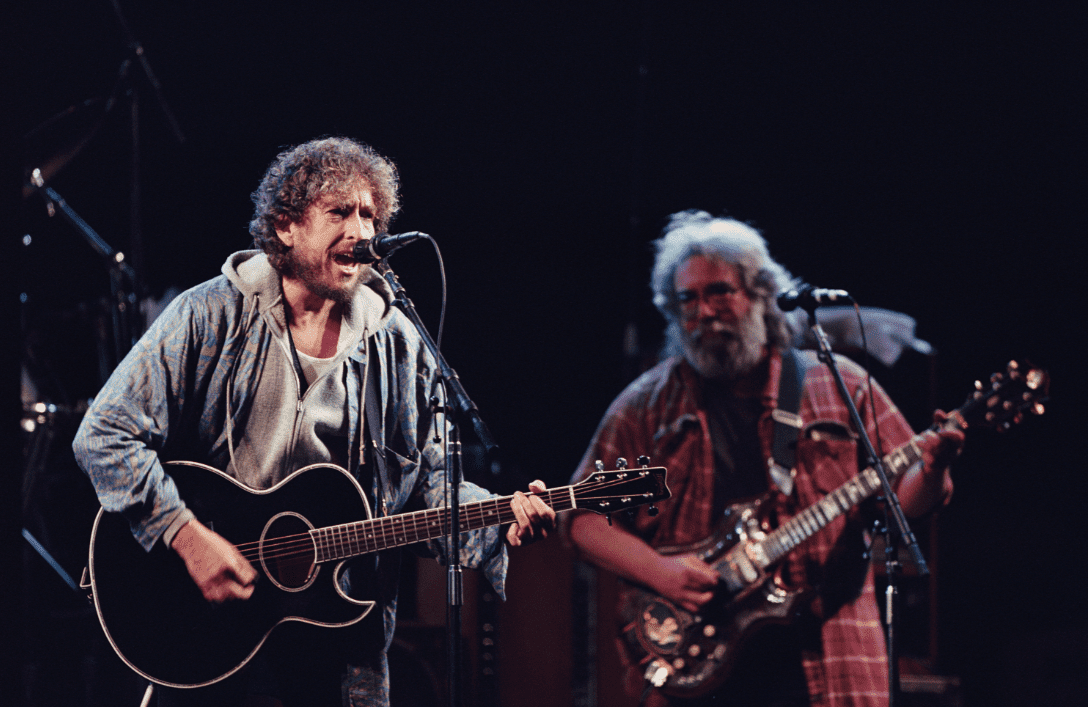 When Ken Kesey and his band of Merry Pranksters were putting on their “acid tests” – chaotic events centered around LSD use and advocacy—people could pay a few dollars to drink spiked Kool-Aid and watch bands perform while tripping. It was 1966, at the Trips Festival—a three-day drug-fueled event—where Bill Graham met and formed a bond with Grateful Dead guitarist/singer Jerry Garcia. Garcia described the event as “total wall-to-wall gonzo lunacy.” Garcia, high on LSD had completely forgotten he was supposed to perform. Summoned to the stage via a message projected on a screen, Garcia discovered someone had smashed his guitar beyond repair. Getting down on his hands and knees, Graham tried to fit the broken pieces together. “In the midst of hopeless odds,” Garcia later said, “Here was this helpful stranger trying to fix my guitar. It was the most touching thing I’d ever seen. I always loved him for that.” Although the Grateful Dead never did perform that night, the two men remained good friends for life and The Dead became a regular staple of Bill Graham productions for the next twenty-five years.

There are plenty of historical gems like this one along with memorabilia on display at the Skirball Cultural Center as part of the “Bill Graham and the Rock & Roll Revolution”—the first-ever retrospective about the life and times of the renowned music industry impresario. The exhibit runs until October 11. Be sure to check it out!