Bill Graham as Father Time at the Oakland Auditorium 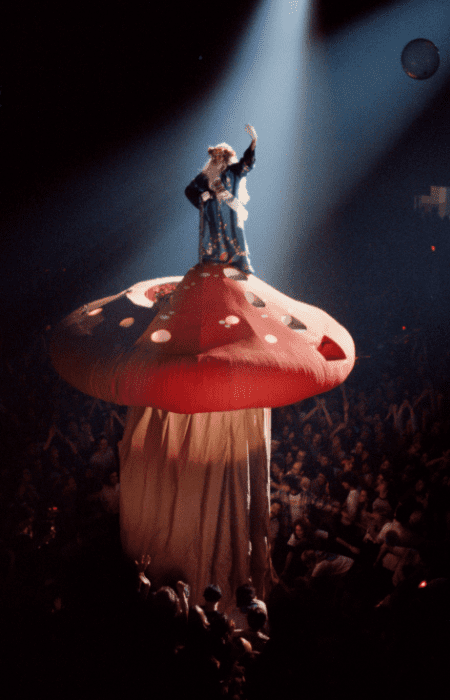 The Grateful Dead first performed for Bill Graham on New Year’s Eve at the Fillmore Auditorium on December 31, 1966, along with Jefferson Airplane and Quicksilver Messenger Service. Two years later, the band began what became a long-standing Bay Area tradition by headlining the New Year’s Eve show at Winterland. In 1971, Graham initiated yet another tradition by serving breakfast to all those who had somehow managed to survive the night.

To see more photos and Rock ‘n’ Roll memorabilia be sure to visit the Skirball Cultural Center for the “Bill Graham and the Rock & Roll Revolution”—the first-ever retrospective about the life and times of the renowned music industry impresario. The exhibit runs until October 11.