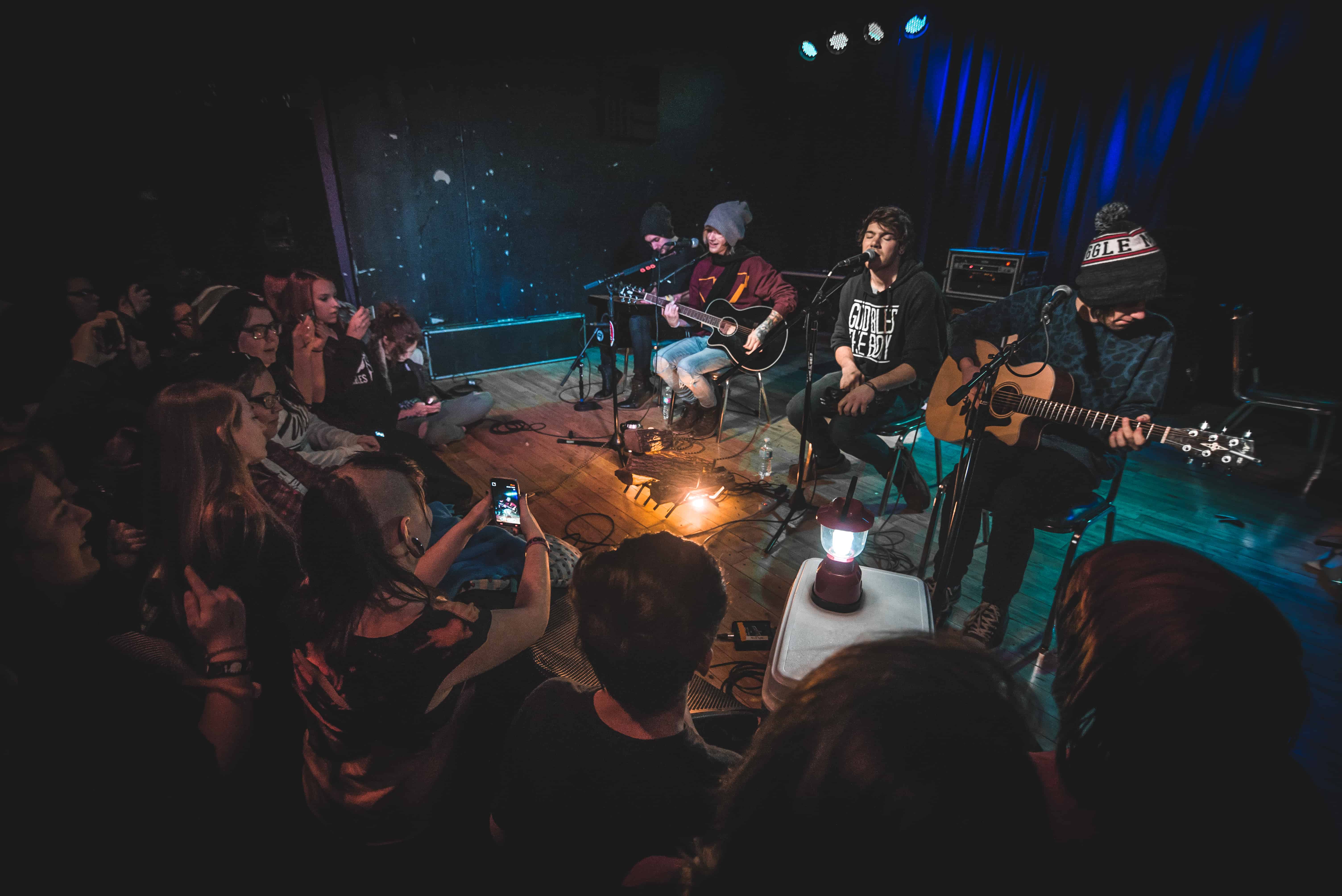 The Cold Kids & Campfires Tour Pt 2 stopped at Fubar in St. Louis, Missouri. Headlining the much- anticipated show were Chicago alternative bands; 7 Minutes in Heaven and Marina City, and Virginia’s Pop/Punk group, Broadside. Supporting groups were Life on Broadway of Centralia, Illinois and This Is Our Dance, of STL.

Fans lined up hours before the show in sub-freezing temperatures to guarantee a spot close to the action—even this weather couldn’t break devoted fans’ spirit.

By the time opening act, This Is Our Dance took the stage the crowd was at a fever pitch. The group loop-backed vocal performance showed it was definitely not the band’s first time in the spotlight, having shared the stage in the past with acts such as Alex Goot and Sam Tsui. Throughout the performance Davey Vaughn consistently delivered passionate vocal ranges. 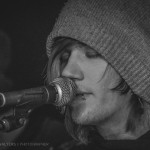 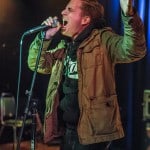 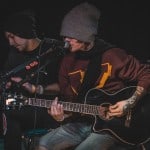 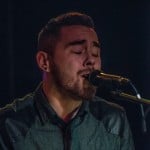 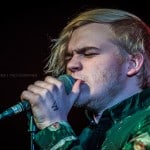 A poised display of emotions hinting at the struggles of growing up and a diverse conveyance of well-placed metaphors were apparent in all the lyrics of their songs, but especially in “Beyond the Horizon.” In “Now I’m Listening” epiphanic verses suggested how the simple gesture of listening can slowly mend issues from relationships past, provided they haven’t been delayed too long.

Local favorite and supporting act, Life On Broadway but brought their rock game—covering everything from acoustic to rap—revving up the crowd. This performance marked one year and four days since they first took the stage, and to add to the significance, 2016 marked the second consecutive year playing with both the “Cold Kids & Campfires Tour” and 7 Minutes in Heaven at Fubar.

Marina City took control and brought the heat. From engaging the audience on a “longest claps game” to talking to individual crowd members, they mesmerized. Interestingly enough, their talent doesn’t lie solely with any one-band member, but yet as a unified team working together like a well-oiled machine.

By “I Can’t Love You” the crowd had begun to get in touch with their feelings. And despite it being an “acoustic tour,” that didn’t stop vocalist and front man Ryan Argast from jumping around on stage. The emotional resonance and depiction of loss delivered in this song was enough to chill even the warmest of hearts.

How do you follow up such a powerful performance? You do it with a story of overcoming life’s obstacles. Argast took a serious stance and explained how life can, “get to you.” He said, “Life isn’t always fair.” When his band drove 24-hours to perform at a large festival in the south they arrived to discover that they had been taken for $1400. Too broke to retreat with their tails between their legs; they ventured a bold move: pulling out their guitars they took to the streets, busking. In a short amount of time they had made enough money singing to passersby that they were not only able to return home, but also to eventually record a new album.

The impactful tale seemed to give the crowd hope. During the next part of their set, Marina City explored their musical boundaries, pushing the envelope on genre norms. They turned off all guitars and microphones and performed a song completely unplugged to honor the their past struggles. This is, without a doubt, a band to watch as they rise through the charts in the coming years.

Broadside followed and lead singer, Ollie Baxxter captivated the audience with his powerful delivery. This song about the life experiences of a mature man standing strong to honor his family was perfect poetry. The band enchanted the patrons into a trance-like state. It would be difficult not to enjoy a performance from a group of musicians and artists as they intricately recalled songs of about wishing they had done things differently as opposed to being selfish, as stated in their EP, “Side Effects.”

The scene fit nicely with the theme of the tour as the group brought the evening to a calm finale while delivering the theme to the audience. Clad in their sweaters and sock hats, they almost seemed to be nestled snuggly around a makeshift “campfire.” And the crowd’s energy didn’t fade out until the last note was strummed.