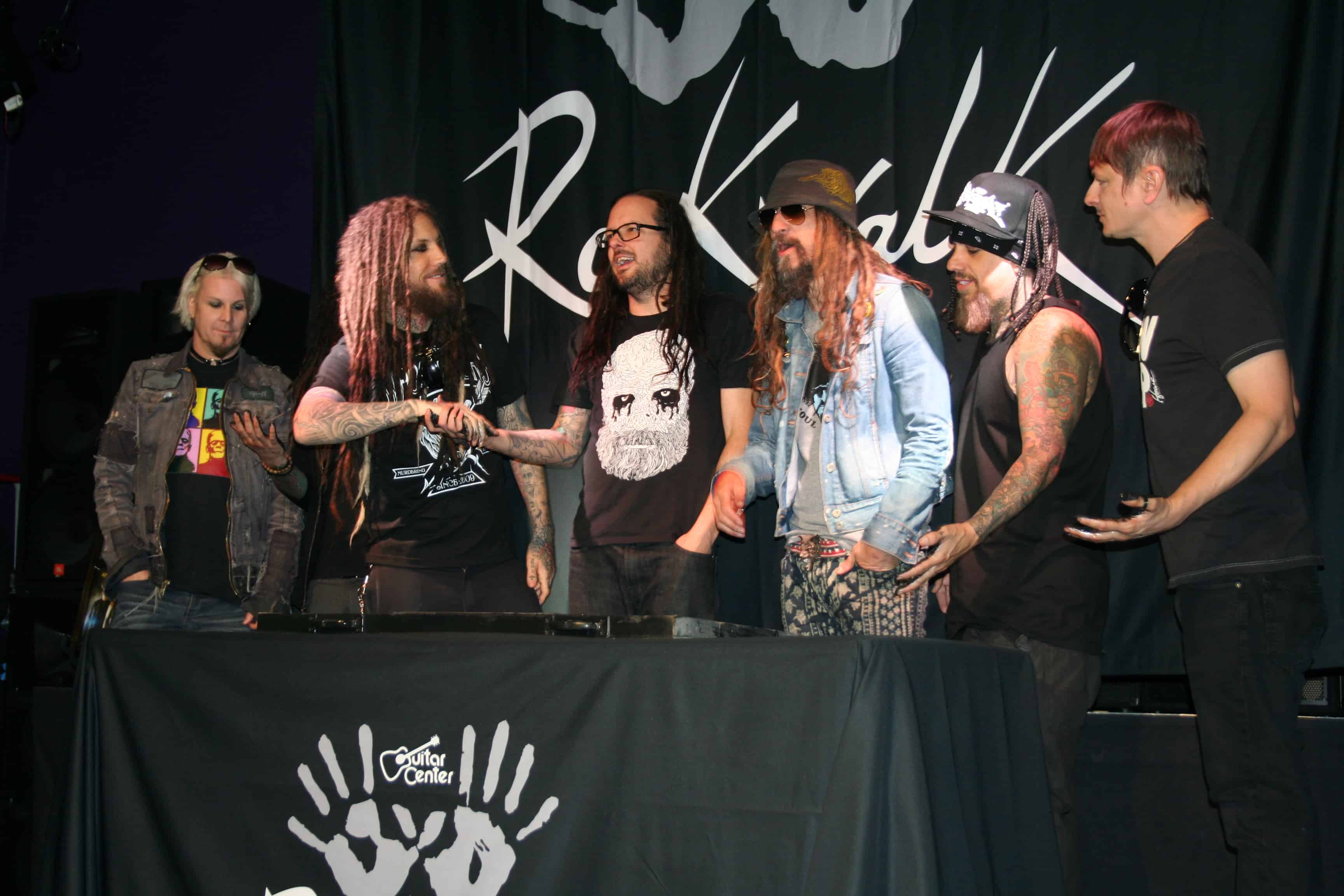 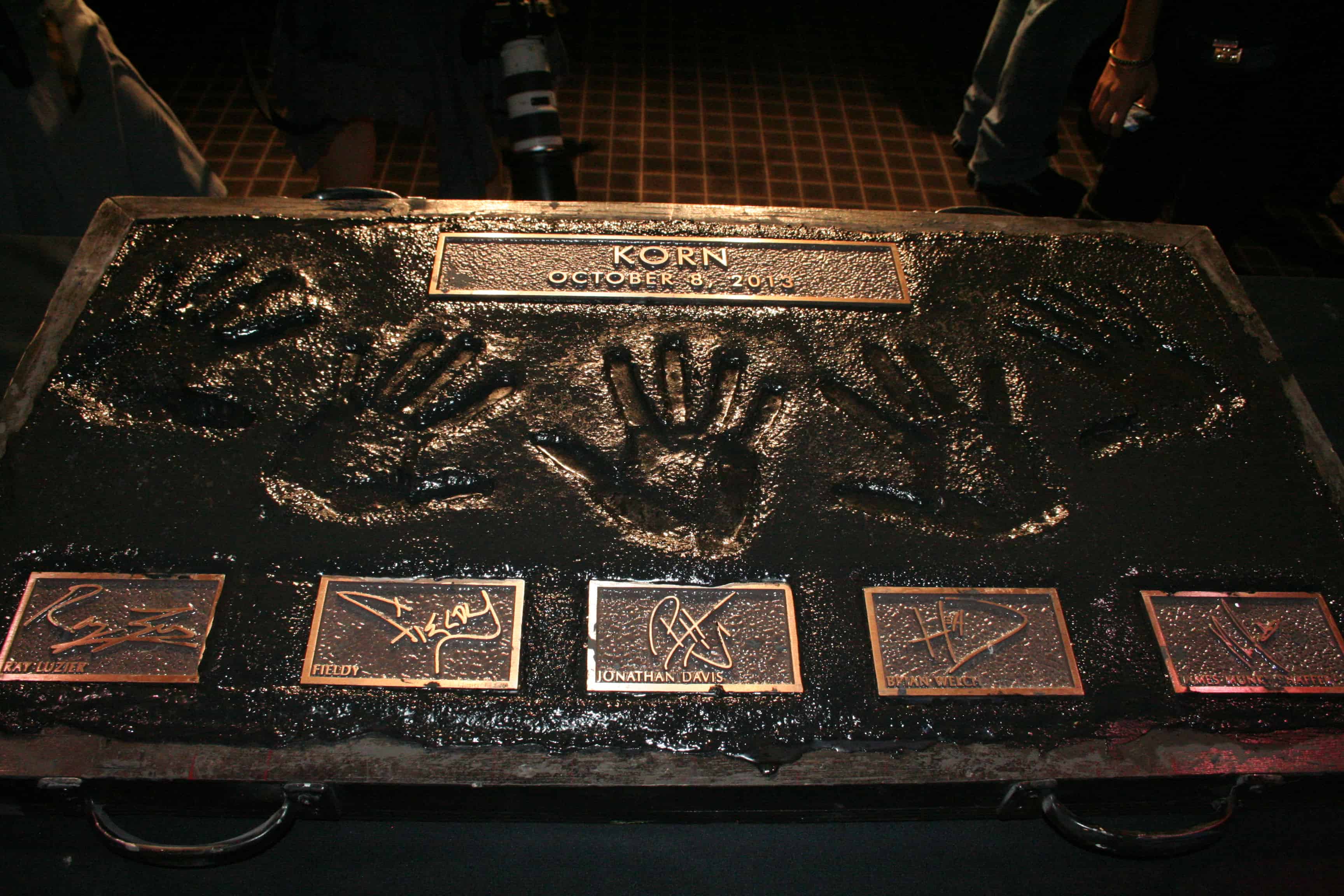 Purveyors of heavy music’s progression since forming in Bakersfield, CA in 1993, Korn has become one of the most influential entities that the genre has ever seen. Their legendary self-titled debut album took the world by storm with its schizophrenic metallic catharsis and they’ve been connected to a legion of fans ever since. On hand at the ceremony were Korn members: James “Munky” Shaffer, Brian Welch, Jonathan Davis, Reginald “Fieldy” Arvizu, Ray Luzier and friends of the band, including John 5 and presenters Rob Zombie and iconic rock DJ, Jim Ladd.

In fact, Ladd kicked off the ceremony by recounting a story of a Michigan youth suspended from school for wearing a Korn t-shirt, which the assistant principal defined as “indecent, vulgar, obscene and … insulting.”  Korn however, went to bat for the student, threatening legal action if he wasn’t allowed to return to school—an example of just how dedicated Korn is to their fans.

Rob Zombie then introduced the band as a “brilliant double-attack of guitars, a bizarre bass tone, and vocals that sound like impending nervous breakdown,” and said, “Years later the band is as vibrant as ever.”  Then joked, “Besides, there aren’t a lot of cool bands with dreadlocks left.”

Korn was grateful to be at the ceremony. “All of us are tripping out right now. We are honored,” said lead singer Jonathan Davis.

“We’re so thankful,” commented, James Shaffer. “We used to listen to Rob Zombie when we were working at Pizza Hut. This is surreal.”

Added Shaffer, “When we started out we were five guys in a garage with a dream. I’d like to think we tried our best to create some great music and an innovative sound but to be honest we are truly humbled to be included here.”

Said multi-platinum music producer Jeff Blue, “I was one of the first indie publishers and I’m honored to have worked with a band that has created their own sound and identity and made it through several genres of music and always kept it fresh with their own integrity and style. And even though there were humps along the way, they always made amazing, genre-defining music.”

“Korn is about as innovative and influential as they come,” said Dave Weiderman, Chairman of Guitar Center’s RockWalk. “They have been purveyors of metal’s progression since their formation, and are even credited with creating the Nu Metal subgenre. For these reasons, and many more, Korn is exactly the type of band the RockWalk is here to honor.”

They are now gearing up for their new album, The Paradigm Shift, which marks the emotional return of co-founding guitarist Brian “Head” Welch. The album also serves as the follow-up to the band’s 2011 critically acclaimed trend-setting dubstep metal hybrid, The Path of Totality. The Paradigm Shift is set to be released on Oct. 8, 2013.