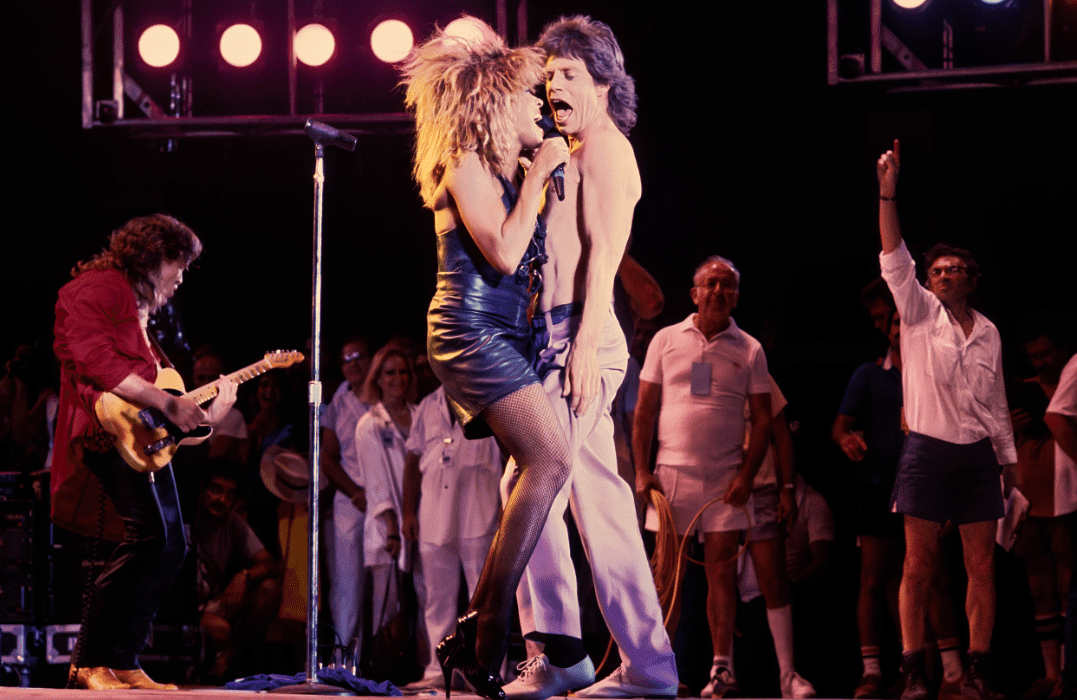 On July 13, 1985, 1.9 billion people in 150 countries watched Queen, U2, the Who, Sting, the Beach Boys, Dire Straits, David Bowie, Mick Jagger, Keith Richards, Bob Dylan, Ron Wood, Santana, Phil Collins, Elton John, Madonna, Paul McCartney, Eric Clapton, Joan Baez, and a host of others perform before 72,000 people at Wembley Stadium in London and 100,000 people at John F. Kennedy Stadium in Philadelphia. Although the sheer logistics of putting on such an event were overwhelming, Live Aid raised $44 million for famine relief in Africa. For his role in organizing and presenting the American concert, Bill Graham was named MTV’s “Humanitarian of the Year.”

Editor’s Note: For those of you that don’t remember, this is the show that Jagger rips off Tina Turner’s skirt–leaving her to perform the remainder of “It’s Only Rock n Roll” in a leotard.

To see more photos and Rock ‘n’ Roll memorabilia be sure to visit the Skirball Cultural Center for the “Bill Graham and the Rock & Roll Revolution”—the first-ever retrospective about the life and times of the renowned music industry impresario. The exhibit runs until October 11.