Ragon Linde’s Under The Covers ~ Review 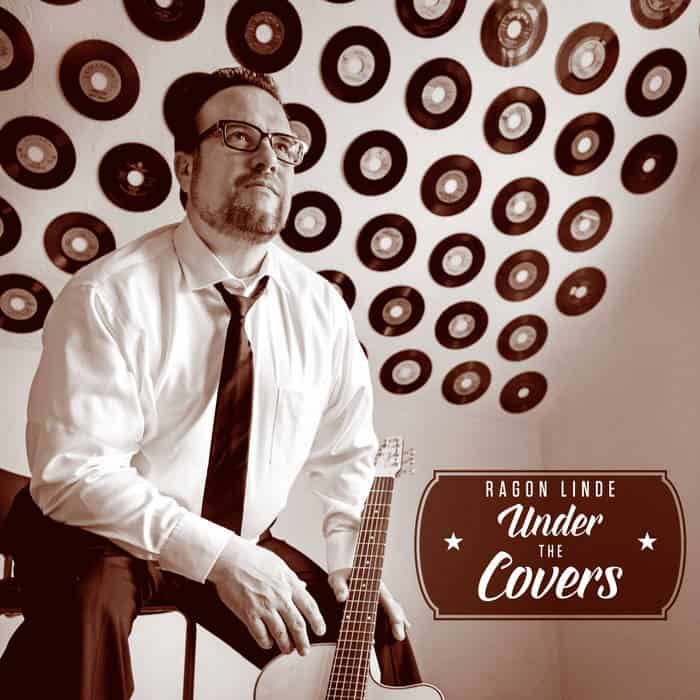 Ragon Linde is a multi-instrumentalist, recording artist, and self-proclaimed audio visionary based in Portland, Oregon. His second album, the 2015 release, Under The Covers is a very eclectic (we’re talking David Bowie to Neil Diamond to Gerry Rafferty eclectic) mix of 15 cover songs. For this, Linde has infused six and 12 string acoustic and electric guitars, lap steel and bass guitar, acoustic and electric drums and percussion, and synthesizers and engaged a variety of musicians.

Linde chose his songs based on their individual meaning to him and, “The place they each hold in my heart.” An original bonus song entitled, “Let’s Count Silences” rests at the end of the album. “Silences” is an odd number that begins with tropical animal noises then drifts into what can only be described as a cross between Bowie meets early Pink Floyd. There’s something here worth listening to for sure, and Linde is either completely crazy or completely brilliant. He’s got so many elements going on and overlapping each other in strange yet engaging ways but it all seems to work.

“Let’s Count Silences,” the only original track on the CD, was co-written with his friend and artistic collaborator, A. Molotkov. “The general theme of Under The Covers is one of reaching out for connection with others,” said Linde.

On Covers, the audio visionary makes musically endearing choices; adding a flute to Bowie’s “Space Oddity,” or giving CSN&Y’s “Helplessly Hoping” a speedy-country feel. His voice is pleasant with evenly blended harmonies; and he somehow manages, at times, to sound like early British rock vocalist Ray Davies–if Davies was phrasing his songs like a male version of German vocalist, Nico—which is not a bad thing.

An earlier, debut album, a double CD titled Both Sides of the Story was released in 2011 and later in 2012 Linde co-produced and performed in a Percussion/Narrative performance called Only Ghosts. He is the founder and leader of the Portland Eclectic Music Society.

For more information check out: https://ragonlinde.bandcamp.com

tagged with Music Review, Ragon Linde, Under The Covers